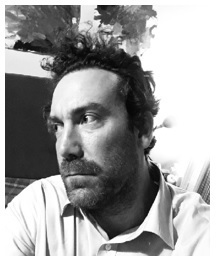 I was an undergraduate at the University of Glasgow and then a postgraduate at the University of Warwick. I have been a member of staff in Durham since 2005 with a brief period of teaching back at Warwick. I have previously lectured and tutored on a variety of modules and I was Research Fellow on a 3-year AHRC/DFG project: 'Emotional Experience in Depression: A Philosophical Study’.

My current research focuses on a number of issues in moral philosophy, broadly construed. For example, I have recently written articles on the nature of moral experience, motivation, trust, and the role of concepts in our moral thought and practice. My other interests include naturalism, normativity and judgement, the work of Hume and Wittgenstein, and topics in epistemology and the philosophy of mind and psychiatry. A recent major project was completing a book on moral particularism: Particularism and the Space of Moral Reasons (Palgrave Macmillan) and I am currently in the process of planning a second book on moral experience.

I have four children: Bronwen, Tobias, Dominic and Iona. In my spare time I like trying to catch up on the work I haven’t finished. And I also like going to the mountains and the sea in Assynt, NW Scotland.

I am currently the Director of the Taught MA in Philosophy. Please do not hesitate to get in touch with me if you would like any more information.

Office hours: For Durham students my office hours are Fridays 10.00pm-1.00pm during Term. But feel free to knock anytime - room 102, 48 Old Elvet. Or email to arrange a meeting.

- Particularism and the Space of Moral Reasons (Palgrave MacMillan, 2011). (more)

- (with Matthew Ratcliffe and Mark Ruddell) ‘What is a “sense of foreshortened future?” A phenomenological study of trauma, trust, and time’, Frontiers in Psychology, 2014 (5). (draft)

- (with Matthew Ratcliffe, Matthew Broome and Hannah Bowden) 'A Bad Case of the Flu? The Comparative Phenomenology of Depression and Somatic Illness', Journal of Consciousness Studies, 20(7-8) 2013. (draft)

- ‘Knowledge and the Justification of Values', Philosophy, Psychiatry and Psychology, 15(2) 2009.

- ‘Analogy in Moral Deliberation: The Role of Imagination and Theory in Ethics', Journal of Medical Ethics, 28(4) 2002.

- The Roots of Morality, by Maxine Sheets-Johnstone (Penn State University Press, 2008) in Phenomenology and the Cognitive Sciences, (Vol.10, 2011)

• June 2018, University of Ottowa, Canada Wittgenstein: The Place of Normativity in a Naturalistic World Title: ‘Wittgenstein and Placing Normativity’

• March 2018, Research Centre for the Humanities Hungarian Academy of Sciences Title: ‘Hume on Belief in the Treatise and First Enquiry’