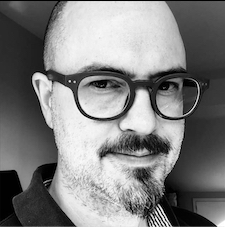 I am a historian of science and technology whose research focuses on the modern human and environmental sciences and their relationship to European cultural history. Within this rubric, I have longstanding interests in gender, race, childhood and the environment. After reading a PhD in philosophy and history, I held postdoctoral fellowships at the Max Planck Institute for the History of Science and MIT's Dibner Institute for the History of Science and Technology. I have since taught at Caltech and was appointed as Durham's Professor and Chair in the History and Philosophy of Science in 2018.

One of the questions driving my research is how people use technologies to understand themselves and the world. One branch of my work centres on the advantages and drawbacks of using experimental technologies during the European industrial revolution to understand the globe as an interconnected environment. Another branch of my work explores the crucial relationship between human development and media technologies. It examines how, prior to the nineteenth century, individuals learned to critically respond to information overload through creating and using adaptable devices that enhanced their ability to understand nature and society.

I am grateful to have received fellowships from Harvard, UCLA, MPI, the Huntington Library and Durham University's Institute for Advanced Study. I've collaborated on projects supported by the the Swedish Academy of Arts and Science, the Royal Society of Edinburgh and the Royal Society of London. I presently sit on the editorial board of latter's journal, Notes and Records. My research has been funded by grants awarded by the British Arts and Humanities Research Council (twice), the Royal Society of London, the Wellcome Trust, the Huntington Library, the Mellon Foundation and other organisations. I have also been honoured to serve as council member for the British Society for the History of Science, give evidence for a number of British government organisations (including the Department of Work and Pensions), and act as an assessor for the National Research Exercise coordinated for the Greek Ministry of Education.

I teach undergraduate courses and supervise final year research projects on themes that are relevant to the history of science and technology, race and politics, gender and sexuality, climate and the environment, and science and religion. In 2006 my department gave me an outstanding teaching award and in 2007 I was named fellow in the British Higher Education Academy. In 2016 I was given an outstanding research-led teaching award.

I live in Durham with my wife, children and a pet spider named Marioula. My articles and books are downloadable from Academia. My twitter handle is @BookScribbler.