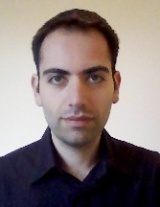 Research Assistant, Teaching Assistant & Web Manager in the Department of Theology and Religion

The Infallibility of the Church and the Ecumenical Councils

"Infallibility" (ἀλάθητον) is an important notion for Christianity, since it expresses the certainty of teaching the truth of God as revealed in the Scripture and the history of the Church, while the term refers to the quality or the fact of not being liable to fail or err. Most Christian confessions link infallibility to the Ecumenical Councils, yet they differentiate themselves on where this infallibility is located, who bears it and who expresses it. Consequently new research is needed on the common tradition of the ancient Church in order to trace the existence of the notion, its birth and its evolution thereafter, rather than beginning on a position where the idea already exists. Such a research encounters many difficulties, since the emergence of infallibility interweaves with the emergence of the idea of the Ecumenical Councils and the rise of the conciliar authority. Main sources for this research will be the proceedings of the Councils, along with the works of the contemporary writers. The outcomes of this project could be used as a point of reference to the ecumenical dialogue between the Churches, since they will be based on their common history. Differentiations in the notion of infallibility lead to major differences in the Church life and tradition nowadays. Therefore we should reexamine our common roots if we want our Churches to come closer.

Besides my current research project on infallibility, I am also interested in the notion of "free will" (αὐτεξούσιον [afteksúsion]) as expressed through the writings of Saint John Damascene and the rest of the Fathers.