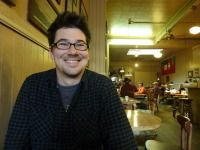 I have been based in Durham since 2001, researching and teaching in the sociology of religion, and most particularly in the sociology of contemporary Christianity within advanced western cultures. I studied theology at the University of Nottingham and then Religious Studies followed by a PhD in Sociology at the University of Lancaster. My doctoral work focused on the evangelical movement in the UK, challenged the widely held assumption that the forces of modernity inevitably erode the boundaries of religious community, and explored how the resources of the evangelical tradition are mobilised in negotiating the challenges that contemporary British society presents before it. This research gave rise to a number of published essays and further projects on the evangelical movement, as well my volume Evangelical Identity and Contemporary Culture: A Congregational Study in Innovation (Paternoster, 2007).

My other main research interest is in religion and generational change, focusing on the major institutional phenomena that frame how religious identities are perpetuated, sustained and subverted within the British context. One project focused on the clergy family, and in the resulting book Bishops, Wives and Children: Spiritual Capital Across the Generations (Ashgate, 2007), Douglas Davies and myself draw from original interview data in charting the ministerial careers of senior Anglican clergymen, before exploring the extent to which their children embrace the same values within the context of their religious and professional lives. More recently, I have been occupied with an analysis of the English university as a site of religious activity, and hence as a major influence on the emerging moral and religious values of young adults. A 3-year project on ‘Christianity and the University Experience in Contemporary England’ was funded by the AHRC/ESRC’s Religion and Society Programme, and was the first empirically driven, nation-wide study of student Christianity in the UK. It has led to the publication of Christianity and the University Experience: Understanding Student Faith (Bloomsbury, 2013), co-authored with Kristin Aune, Sonya Sharma and Rob Warner. Further information about this project, including details of further publications and events, is available at: www.cueproject.org.uk This venture has led to two further research projects focusing on the status of religious identities within the contexts of British Higher Education. The ‘Chaplains on Campus’ project, funded by the Church Universities’ Fund, is being undertaken alongside Kristin Aune and Jeremy Law, and aims to take stock of the work of university chaplains across the UK HE sector, taking account of the experiences of chaplains themselves, students, and the decision makers who determine how university chaplaincy is resourced and managed. ‘Re/presenting Islam on Campus’ is an AHRC-funded 3-year project being undertaken alongside Alison Scott-Bauman, Shuruq Naguib, Sariya Cheruvallil-Contractor and Aisha Phoenix. Its aims are to trace the ways in which Islam and Muslims are represented within UK university environments, drawing on fresh empirical data from six campuses to analyse patterns of reinforcement, negotiation and subversion of ideas at the level of university policy, teaching and learning, and the popular attitudes of staff and students.

My general interest in the sociology of religion is reflected in the postgraduate students whose research I supervise, both on the PhD and the Doctor of Theology and Ministry programmes. Current projects include topics such as conspiracy theories as a lens for religious identity, the relationship between the British evangelical movement and social class identities, and the experience of ‘short-term mission’ among US Christians. All of my postgraduate research students are engaged in the empirical study of contemporary Christianity, and I would be more than happy to engage in email correspondence with further candidates who wish to pursue a project within this broad field, or one related to it.

At the undergraduate level I work alongside Professor Douglas Davies, Dr Jonathan Miles-Watson and Dr Sitna Quiroz within the broad field of the study of religion. Each of us works from a social scientific perspective and emphasise the importance of studying religion as a lived phenomenon. I contribute lectures to The Study of Religion (level 1), teach Religion in Contemporary Britain (level 2), and teach a 3rd year module in The Sociology of Conservative Protestantism, which usessociological methods to examine innovations in the contemporary western Christian tradition, including fundamentalism, apocalyptic Christianity and post-evangelicalism.

My broader research activities bring me into contact with a lively international network of academics working in related areas. I am an active member of the British Sociological Association’s Religion Study Group (SocRel), and am a member of the British Association for the Study of Religions (BASR), the Society for the Scientific Study of Religion (SSSR) and the Association for the Sociology of Religion (ASR). I also sit on the executive committee of the Association of University Departments of Theology and Religious Studies (AUDTRS). In 2013 I was visiting research fellow at the Centre for Studies in Religion and Society at the University of Victoria, British Columbia.