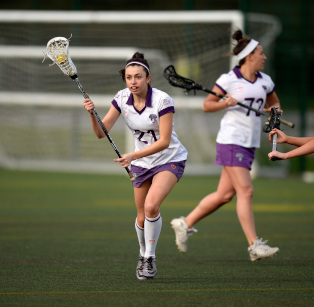 Women's Lacrosse is the only lacrosse club in the country with six women's teams competing in BUCS competitions, catering for all abilities from novices to international athletes.

As one of the most successful lacrosse clubs in the country, the 1stteam are the 5 time-defending champions of the Premier North League and the National Championships, the 2ndteam have won the both the National Trophy and the Northern 1A League twice in the last 3 years and the 3rdteam compete in the same league and cup as the 2ndteam recording strong performances against other universities’ 1stteams and ending up the highest placed 3rdteam in the country. The 4thteam won the Northern Conference Cup and knocking our 5ths out on the way to the final. The 6th team is primarily a development squad with the majority of players coming from a background of playing for a year for their colleges or are complete beginners. This squad gives the opportunity to be coached by postgraduate students and play in competitive match play against other universities. 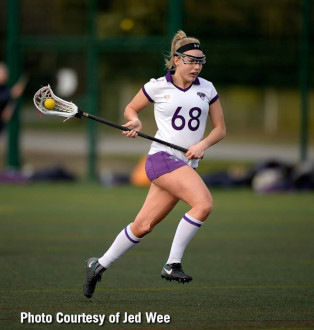 Each season the club have an international performance tour. In previous years, they have been the first UK university team to tour the US, playing NCAA Division 1, 2 & 3 teams with excellent results. They have also travelled to Hamburg to play the German National Team (ranked 14th in the world) and Prague to play the Czech National Team (10th in the world) beating them both and compete regularly against other national squads from around Europe alongside the regular university competitions.

The club have placed a degree of emphasis on overseas postgraduate recruitment resulting in rapid development of our programme in recent years. Our postgraduate scholars provide something different to the programme and bring the necessary experience, as both players and coaches, to allow our British students to flourish. These postgraduates have been from top NCAA Division 1 universities including National and Conference Champions (UNC, Virginia, Denver, Hofstra, Fresno State to name a few). The experiences that these scholars bring to Durham is second to none and are hugely beneficial to all the British students

Every year there are both current students and alumni competing for places in Senior and U19 National teams for England, Wales and Scotland, participating in U19 and Senior World Cups and U20 and Senior European Championships in recent years, showing the quality of athletes involved with the programme. In the 2019-2020 season, 9 current students were selected for their National Teams.

Women's Lacrosse is a well supported club with dedicated fitness, strength and conditioning teams and access to physiotherapy and psychology support alongside the facilities provided by the brand new Sports and Wellbeing Park.