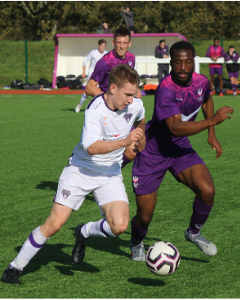 DUAFC is the university football club, drawing the best players from across all the colleges together. The club has three football teams and three futsal teams that compete in BUCS league and cup competitions. From the 20/21 season onwards, futsal will become an independent club.

The 1st XI have just completed their seventh season in the BUCS Premier North, finishing 4th while advancing to the quarter final of the BUCS Men’s Championship. The 2nd XI competed in Northern 3B this season and maintained their position in this league for the 20/21 season; a fantastic achievement. The 3rd XI competed in Northern 4D this season and won the league yet again, to be promoted into Northern 3B to compete against our 2nd XI in 20/21. The teams train twice a week each on floodlit 3G pitches, whilst receiving extensive S&C support and physiotherapy provision. We enjoy a fantastic club spirit, which is demonstrated on our weekly socials after our games on a Wednesday.

The level of football within the club is demonstrated by the fact that players in the past seasons have left to achieve professional contracts. Jonny Giles, who graduated at the end of the 2014/15 season is now signed at Oxford United and the previous 1st XI goalkeeper, Ben Dudzinski, signed professional terms with Hartlepool United for the 2016/17 season. Tom Isola player for Gibraltar’s U21 side and competed in the U21 European Championships in 2017. Most recently, Wouter Verstraaten has signed a professional contract with South Shields for the 20/21 season.

The club is very fortunate to have received high calibre coaching in the past few seasons; easily demonstrated through the success of our teams such as the newly founded 3rd XI enjoying three consecutive promotions. Often our coaches bring links to many local clubs, allowing players to join up with some of these semi-professional sides.

Although the futsal club is now independent here is some extra information about them: There are three futsal teams, which play their league games in round-robin tournaments. These take place on the weekend and consist in 3 league games. All three team enjoyed some success within the 19/20 season, and continue to look to the future to keep improving. The futsal club continues to grow internally and competitively with positive future prospects and opportunities. We have also recently completed the building of a new 3 court sports hall at Maiden Castle, providing high class facilities for the futsal club to train and play. However, as the futsal's profile in Durham continues to rise, we strongly encourage those who are interested in playing futsal exclusively to get in touch.

Exciting times lie ahead for the club as we try to maintain our unprecedented success of recent years, to underline our establishment as one of the top sports clubs at Durham University. 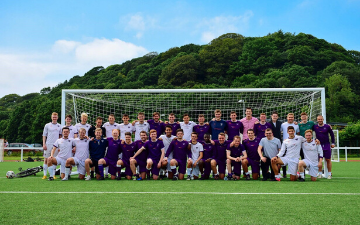 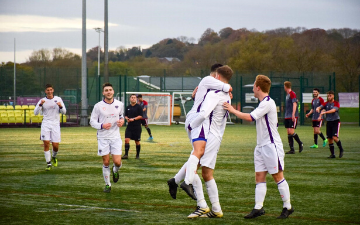