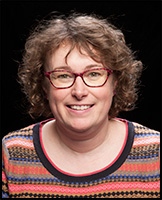 Deputy Visitor Services Coordinator in the University Library and Collections

Revisiting Rouletted Ware and Arikamedu Type 10: Towards a spatial and temporal reconstruction of Indian Ocean networks in the Early Historic

The aim of this thesis is the reconstruction of Early Historic networks in South Asia and beyond. The methodology engaged focusses on image analysis techniques being applied to two South Asian ceramics, Arikamedu Type 1 (also referred to as Rouletted Ware) and Arikamedu Type 10. The secondary aim of this thesis is to identify and investigate stylistic variances across these ceramics within the spatial and temporal boundaries of this research.

The two ceramics in this study were initially recorded at Arikamedu, South India in the excavations led by Sir Mortimer Wheeler (Wheeler et al. 1946). The majority of the previous research has focused on the physical aspects of the ceramics in an attempt to provenance the types, for example thin section analysis by Krishnan & Coningham (1997) and chemical analysis by Ford et al. (2005), however, confirmation of the provenance has not been achieved.

This thesis focuses on the decorative features of the ceramics for analysis and interpretation. The data extracted will, on interpretation, aim to demonstrate the spatial and temporal variances within Rouletted Ware and Arikamedu Type 10, and allow the proposal of networks in the Indian Ocean and beyond, during the South Asian Early Historic period

2014, Indian National Trust for Art and Cultural Heritage, (£940) -for research trips to Baroda and Kolkata (unable to accept due to personal circumstances).

2010. Indian National Trust for Art and Cultural Heritage, (£500) - for reserch for 'The Arikamedu Type 10 Project: Mapping Early Historic Networks in South Asia and Beyond’

2006. British Society of South Asian Studies (£500) - for participation in the project Anuradhapura (II) The Hinterland.

2017 'The Stories within the Stones: A year of interaction and engagement at an UNESCO World Heritage Site' October, World Heritage UK Annual Conference, Ironbridge. Presentation with Jane Gibson

2014 'Breaking through the Boundaries: An investigation into the Chronological and Geographical distribution of two South Asian Ceramics' 6 December, The Allchin Symposium, The Ancient India and Iran Trust, Cambridge.

2012 'Across and Beyond the Indian Ocean:Image Analysis and the Reconstruction of Early Historic Networks of Contact' July 4, European Association of Southeast Asian Archaeologists Meeting 2012, The Louvre, Paris, France.

Research Assistant, Strengthening the Conservation and Management of Lumbini; the Birthplace of Lord Buddha 2011 - 2014

2015 A break through the boundaries: the journey of a ceramic across time and space. March 24 Antioch House Tuesday Archaeology Group

2019 - ongoing. Assistant Secretary for the Architectural and Archaeological Society of Durham and Northumbria, http://www.aasdn.org.uk/

2017 - 2019. Secretary for the Architectural and Archaeological Society of Durham and Northumbria, http://www.aasdn.org.uk/