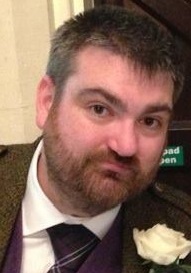 Library Assistant (Part-time) in the University Library and Collections

Tony Cleeve divides his time between the Document Delivery Service and the Cataloguing and Reclassification team at the Bill Bryson Library.

Also a professional musician, Tony has been a counter-tenor layclerk at Durham Cathedral for 20 years and is also the Choir Librarian.

As welll as singing daily services at the cathedral, Tony regularly performs in concert venues across the region and is involved in broadcasts on radio and television.