On this page you will find updates and documentation from other consultation that the Library facilitates outside of the three major committees featured in the links to the left.

Durham University Library and Heritage Collections consulted Durham University students and staff during Michaelmas Term 2013 as part of The Library Survey 2013, the Library's first ever survey using LibQUAL+®, an industry-standard, web-based survey instrument developed by the Association of Research Libraries. Our customers' opinions really matter to us and help us in our policy formulation and planning processes. Findings from the Library Survey 2013 were disseminated to Durham University students and staff via a range of communication channels throughout 2014.

We most recently administered The Library Survey 2015 during Michaelmas Term 2015, and respondents had the opportunity to be entered into a draw to win an iPad or one of our nine runner-up prizes!

Students and staff in the University were sent emails during November 2015, or accessed directly our survey page, to take part in The Library Survey 2015. 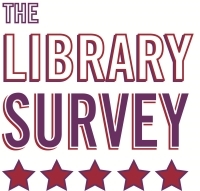