Throughout June we will be releasing virtual performances from all our university ensembles singing a musical theatre song of their choice. With universities such as Camrbridge, York, Warwick, Bristol and more - join in as Durham hosts the festival this year with the winner will be declared by you - the audience!

The Assembly Rooms Theatre is proud to introduce Conversations in quarantine, featuring interviews with artists, programmers, casting agents, and theatre companies. Tune in live or watch on catch-up on our website.

A recording of Laugh Actually, performed in the Assembly Rooms in 2018. Join The Durham Revue as we laugh ourselves silly with sketch comedy.

Join Durham Student Theatre’s Response to the Lockdown by presenting Theatre Alive, a series of monologues written, directed and acted by our fantastic students.

During such unprecedented times, Collingwood Woodplayers have shared a little video from their very first showcase in summer for 2018, an event that now occurs annually within the society. Here they are singing 'You Will Be Found'.

Our Brand new sketch Comedy Troupe KEITH brings you some laughs during Quarantine. Stay safe and most importantly keep smiling.

Throughout June we will be releasing virtual performances from all our university ensembles singing a musical theatre song of their choice. With universities such as Camrbridge, York, Warwick, Bristol and more - join in as Durham hosts the festival this year with the winner will be declared by you - the audience! 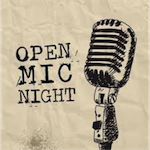 Join Music Durham every Monday for open mic Mondays - a fantastic series of live performances from the University's most talented musicians.â€¯

Check out Chronotic Brass’s superb rendition of Crazy - it’s just the thing to cheer you up!

Stolen Days was written and recorded during the UK lockdown about summer days and feeling nostalgic for all the great things we miss right now, but it’s also about remembering that the good times will come again. The song follows our Songs from Isolatio EP, and the video was made possible with a little help from friends of the band - all the clips were sent in by friends and family. Hope you enjoy!

Re-visit Lumiere's spectacular return to Durham in November 2019. Durham was filled with 37 artworks, including a selection of artworks from previous festivals, alongside exciting, new commissions by international artists and fresh talent from the North East:

Explore Durham University's Museum collection. With backstage access - learn more about the collections and the hidden Durham Treasuries held in this ancient city.â€¯

Inspired by the BBC Arts' Culture in Quarantine, use our online resources to help you take part. From creating pieces of art to amazing video clips, be inspired by our collections from the comfort of your own home!

Don't forget to mention @dulearning or @dumuseums on your posts so we can see your amazing #MuseumFromHome crafty creations! We will display some of your wonderful work in our Online Gallery.

Listen to our podcast, series one on 'Narratives of Resilience', designed as reflections on the current pandemic and the circumstances it creates. Curated by Prof. Giles E. M. Gasper and Department Filmmaker in Residence Alan Fentiman, the series features research from the department on human responses to crisis and disaster, from the Middle Ages to the present day, from North America, to Britain, Europe, and East Asia.

Love and Collecting in a Time of War

Love and Collecting in a Time of War features Ludmilla Jordanova, Durham University, talking about the creation of extra-illustrated book during the First World of War; a labour of love and reflection on the importance of immersive activities during a time of crisis.

World War Two Newsreels featuring Grace Stephenson, an AHRC Collaborative Doctoral Award-holder with Tyneside Cinema talking with Alan Fentiman about how news in the war was framed and cast.

Resilience or reticence? Holocaust memory in the United Kingdom

Resilience or reticence? features Daniel Adamson, Durham University, on responses to the Holocaust in Britain, during and after World War Two.

Two Centuries of Misunderstanding Wuhan, Part 1, features Chris Courtney, Durham University, speaking on cultural misunderstandings relating to the city of Wuhan, prominent in the media within the current pandemic. Part 1 explores mis-representation of food culture and the nature of Covid-19.

Two Centuries of Misunderstanding Wuhan: Part 2 features Chris Courtney and Alan Fentiman on the longer connections between Britain and Wuhan, and the deeper roots of cultural mis-representation that characterised these connections.

Developing leadership with insights from neuroscience