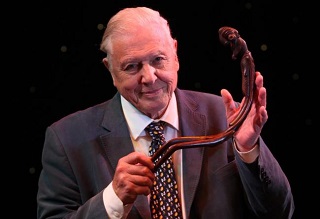 On the announcement of the Queen’s Birthday Honours List 2020, we would like to congratulate and celebrate the achievements of the following alumni and friends who are honourees in this year’s list.

From supporting women to access education, to the protection of our natural world, to stellar lifetime achievements across business, society, and the arts - those individuals celebrated below represent the inspiration and leadership that characterises Durham alumni the world over.

Sir David Attenborough received his honorary Doctor of Science (DSc) from Durham University in 1982 alongside operatic superstar, Dame Kiri Te Kanawa. He is an award-wining broadcaster, documentary and film maker, a highly-respected author, and lifelong, trailblazing advocate for the environment.

Following a high-profile career in global trade and telecommunications, Miranda became NED to Marks & Spencer and latterly the Foreign & Commonwealth Office. She is Deputy Chair of the Royal Shakespeare Company, a trustee of the Institute for Government, and Chair of CAMFED, an organisation on whose behalf she accepted her honour.

Miss Kathryn McCloghrie Law, University College, 1995 - MBE For services to Business and the community in Cumbria during the Covid-19 response