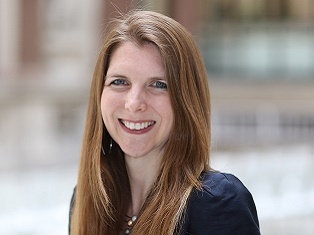 Jane Marriott OBE (History, University College, 1994-97) has been appointed British High Commissioner to the Republic of Kenya. Taking up the appointment in the summer, Jane will be the first woman to hold this important diplomatic role.

Jane has a strong background in global diplomacy with various roles in the Foreign and Commonwealth Office (FCO), Cabinet Office and Home Office.

In 2014, Jane was awarded an OBE honours for her services in Al Amara, Iraq. In May 2018 Vogue magazine described Jane as one of the “trail-blazing women who are working tirelessly to protect the nation.”

Jane is an inspirational woman, most recently serving as joint FCO Director for the Middle East and North Africa. Prior to that, she was Ambassador to Sana’a, Yemen (2013-15); Deputy and Acting Ambassador to Tehran; an adviser to the US Special Representative to Afghanistan and Pakistan, Richard Holbrooke; had two postings to Iraq, one to Afghanistan and started in the FCO as head of the FCO’s Nuclear Non-Proliferation Team.

Jane recalls her time here at Durham: “I read history at Durham because I loved the subject and thought it would help in my (very vague) aspirations to be a journalist. Instead, I chose a different path – the Civil Service Fast Stream – which took me to the Foreign and Commonwealth Office, a fascinating career to date and this new role as High Commissioner.

“The perspective and rigour I gained in studying here is never far away and the friends I made as an awkward 18-year-old are still some of my closest friends today. In my career, I’ve had good days, great days and bad days, like everyone else, but I don’t think I’ve ever had a boring day: I feel incredibly lucky.”

Jane and our worldwide community of alumni know the value of being Durham inspired. That value is demonstrated by their hard-won achievements while at Durham and beyond. It lives on in the friendships and connections that began here and continue to endure, making them part of a lifelong global community of extraordinary Durham people.