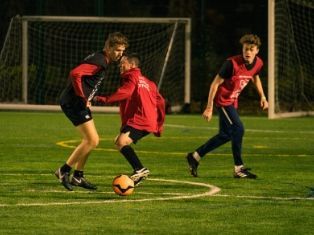 Sporting students have raised over £4,000 for charity by holding a 24-hour football match.

The match was organised by Collingwood College AFC and supported The Sir Stanley Matthews Coaching Foundation.

The Sir Stanley Matthews Coaching Foundation is named after the former England footballer, said by many to be the greatest player of all time.

His great-grandson, Cameron Gough, is a Maths student at Collingwood and took part in the match.

The Foundation provides young people with opportunities to achieve through sport.

The match was played at Collingwood College with a great atmosphere and some superb performances.

Collingwood College AFC has 14 men’s and two women’s teams, making it one of the biggest amateur football clubs in the UK.