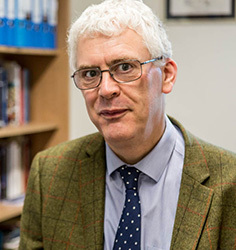 Tim studied History at Robinson College, University of Cambridge. He is married, with three daughters and a son.

Tim was most recently founding Head of the Centre for Journalism at the University of Kent. He was also founder and director of KMTV, a local television station for Kent.

An award-winning journalist for BBC News and Current Affairs and former editor of The Scotsman newspaper, Tim began his career on BBC Radio 4’s Today programme and went on to work as a producer, reporter and editor in Washington DC, the Middle East and Europe. He was also a member of the team that designed and launched BBC Radio 5 Live. Prior to entering journalism, he was an adviser to the Right Honourable Donald Dewar MP when he was Shadow Secretary of State for Scotland, 1985-1988.

He is a noted newspaper historian and campaigner for press freedom. His research focuses on the depiction of dissent in British and American newspapers between 1936 and 1945.