Both SLODAR and SCIDAR (SCIntillation Detection And Ranging) are triangulation techniques in which the atmospheric turbulence profile above an observatory is recovered from the correlation of either wavefront slopes (in the case of SLODAR), or of scintillation intensity patterns (in the case of SCIDAR), for two target stars with a known angular separation.

We have developed and tested a new instrument based on the well-known generalised-SCIDAR technique. In our instrument, which we refer to as stereo-SCIDAR, the light from each component of a target double star is imaged on a separate detector. In previous implementations of SCIDAR, the scintillation patterns for the two stars were usually superposed on the same detector. We find that imaging the light from each star separately increases the useable magnitude difference of the target stars, resulting in improved target availability. It improves the signal-to-noise ratio of the restored turbulence profile, relative to single camera SCIDAR, by a factor which increases with the magnitude difference between the pair of stars: by a factor of 2 for target stars of the same magnitude, increasing to a factor of 6.3 if there is a difference of two magnitudes in the brightness of the targets. We have successfully used stereo-SCIDAR with 2.7 magnitudes difference in the target brightness, which yielded an increase by a factor of 12 in the sensitivity over single camera SCIDAR. Stereo-SCIDAR also facilitates a simple, automatic, technique for the detection of the velocity of the atmospheric turbulent layers from the cross-correlation data. 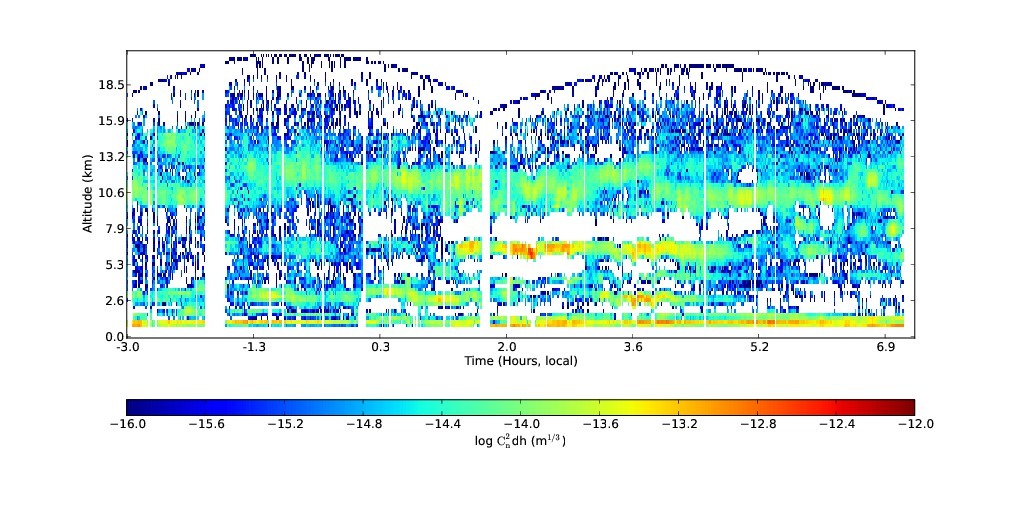 The frames above are the cross-covariance images for a temporal delay of -25, -12.5, 0, +12.5, +25 ms between the two pupil images. The motion of the peaks can be used to calaculate the wind speed and direction of the turbulent layers. 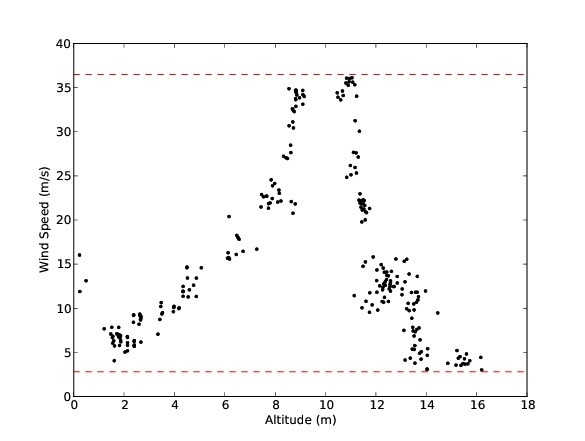 The optical turbulence wind speed - altitude distribution for the night of the 15th September, 2013, from stereo-SCIDAR data. The red lines indicate the detection limits for the instrument installed on the 1 m JKT.