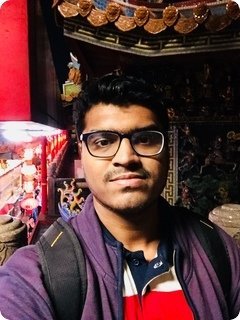 Capillary Bridges: Nucleation, growth and forces between the vesicles

Description: Although negligible at large scales, capillary forces may become dominant over gravity and other surface forces at small length scale. A small amount of liquid bridging two solid membranes may result in a strong adhesion due to surface tension as well as Laplace pressure. In recent years, enough evidence has been found to support that capillary bridges are formed by a process of phase separation resulting in the formation of membrane-less compartments in the cell. This phase separation can be controlled by varying the composition and temperature. Such capillary bridges have been observed in vivo and the results can also be reproduced in vitro. The immense possibility of applications of this phenomenon in the context of biological systems makes it important to answer the questions about the underlying physics.

b) investigate nucleation and formation and the role of membrane confinement. Research Outcomes The meniscus shape and the corresponding capillary bridge forces will be obtained by inputting all the variables in the model.

The dependence of membrane confinement on nucleation and growth will be found.

The development of bioconjugative crosslinker technologies

Description: The aim of the proof-of-concept project is to examine novel approaches to attaching fluorescent probes (developed in Durham), to specific cell targets, using small drugs or peptides as targeting motifs, and demonstrate that the conjugated systems can be imaged in vitro.

The key hypothesis is that fluorescent probes developed in the Whiting group are readily taken up into all types of cells, however, it should be possible to target the probes to specific cells types. That would allow a number of potential applications to be developed, from therapeutics development to selective cell-type staining. The approach this project will take will be to develop the crosslinker technologies that will allow the attachment of a fluorophoric system via different attachment methods (Click, amide, and ester) to a targeting molecule.

For this project, the targeting molecule will be different, known, anticancer or antimicrobial agents. This conjugated fluorophoric drug can be applied in in vitro studies to see if the drug transports the fluorophore selectively to different cell types. The project will require me to not only prepare the conjugated systems themselves (crosslinker technology / organic synthesis), but also show the conjugates can be imaged in cell culture experiments.

Description: Diblock copolymers with a hydrophilic block and a hydrophobic block can form vesicles and bilayers analogous to those formed by phospholipids. One such copolymer is polyethylene oxide – polybutadiene. Current research in a joint project between the Staykova and Bain groups by SOFI student Rachel Goodband is looking at the polymer with 22 PBD groups and 14 PEO groups. The summer project will explore the effect of increasing the chain lengths of the two blocks on:

(i) the fusion of GUVs and SUVs to plasma-cleaned glass and plasma-oxidised PDMS substrates; (ii) the coalescence of bilayer patches formed by fusion of giant unilamellar vesicles; (iii) the fluidity of supported lipid bilayers measured by FRAP of Rhodamine-DPPE or ??

A suitable commercially available polymer has 50 PBD units and 41 PEO units. Scientific questions to be addressed include:

(i) Do GUVs with larger PEO head groups fuse more or less readily with substrates? Do SUVs with larger radii fuse to form uniform bilayers (SUVs from the short chain block copolymer do not rupture)? (ii) Is the coalescence temperature higher, lower or the same? (iii) Are the membranes still fluid when the hydrophobic block exceeds the entanglement length? 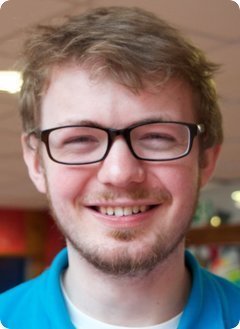 Supervised by Christopher Prior

Description: The project concerns the modelling of uncertainty in small angle scattering protein data. Christopher Prior has developed a model to interpret the data, but this process involves significant ambiguity due to the noise in the data. This noise is hard to model as it comes partly from experimental uncertainty, but also crucially from the fact that the protein structure is dynamically varying; hence the data is actually a superposition of deformed variants of the structure.

The aim of the project will be to develop a model for the noise induced by this structural variation. To do this we will simulate the deformation of various proteins and the effect of this on the model scattering (with the help of Dr Matteo Degiacomi). Then with the guidance Dr Jochen Einbeck a statistical model for this effect will be developed.

Description: Ramazzottius varieornatus is an extremotolerant tardigrade that exhibits a dehydrated state called anhydrobiosis under extreme stress. Our hypothesis is that anhydrobiotic survival of R.varieornatus is facilitated by small heat shock proteins (sHSPs). Several of these sHSPs have been successfully cloned, but their confirmation as sHSPs in terms of chaperone assays, their oligomerization potential and structure have all to be investigated.

The objective of this project is to use recombinant technologies to produce sHSPs for structure-function studies, crystallisation and cryo-EM studies using a range of biophysical technologies. The sHSPs of interest (HSP20.1, HSP20.3 and a heat stable protein RvLEAM) will be subcloned into the pET23 vector, to produce the recombinant proteins, followed by purification using ion exchange and size exclusion chromatography. To monitor their potential to protect proteins during dessication and rehydration, lactate dehydrogenase and insulin will be subjected to lyophilization stress (Tonnis et al: MolPharm.(2015);12(3):684-94.doi:10.1021/mp500423z) plus/minus the recombinant R.varieornatus sHSPs and compared to trehalose. 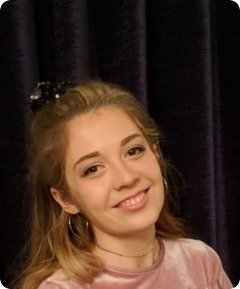 Description: Hypothesis - Replacement of the 2,3-cis-diol system of the 3'-terminal adenosine of tRNA with e 2,3-cis-aminothiol system will provide a facile platform for aminoacylation and the introduction of non-natural amino acids into proteins through in vitrotranslation. This hypothesis is based upon the well-established phenomenon of N-S migration observed in protein splicing and native chemical ligation.

The aims and objectives are to synthesize a 2,3-cis-aminothiol analogue of a ribonucleoside using a literature procedure; and to explore the ease of aminoacylation of the analogue using "off-the-shelf" NHS esters.

Ziona will gain experience of research-level chemical synthesis and, if time permits, the development of spectroscopy-based assays for aminoacylation and the supervisor will gain preliminary insight into the feasibility of this approach, and these results could be used for the preliminary data for a BBSRC application. 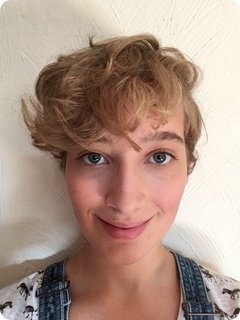 Description: We hypothesise that carbon dioxide enhances photosynthetic rate in a model cyanobacterium through an increase in the quantum yield for energy transfer between photoreceptor proteins. We will test this hypothesis by measuring photoreceptor quantum yield in whole bacteria in which photosynthetic oxygen production has been chemically uncoupled. This will enable us to measure photoreceptor fluorescence emission in response to excitation in a physiologically relevant setting. We will assess three cyanobacterial strains; wild type, a strain defective in carbon dioxide-binding to the photoreceptor and a strain mimicking 100% carbon dioxide-binding to the photoreceptor. Mutant strains have been previously generated by Crispr-Cas9-like technology. Achievements

The project will provide an opportunity to understand how photosynthetic organisms couple carbon dioxide availability to photosynthesis. Carbon dioxide has been demonstrated by the group to enhance quantum yield in isolated photoreceptors. We aim to demonstrate this finding in the whole organism. 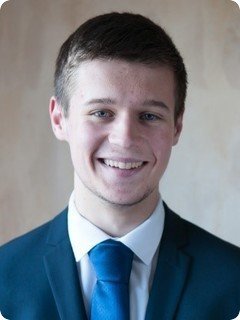 Description: Trypanosomatids are unable to synthesize the purine ring themselves and rely on salvaging preformed nucleosides from the host. Therefore, identifying nucleoside analogues which can interfere with the parasite’s nascent DNA replication and transcription is a promising strategy for discovering new antitrypanosomal agents. The anti-HIV azidothymidine (AZT) has been demonstrated to significantly reduce parasite growth but at micromolar concentrations. This low potency can be explained by a poor cellular uptake and limited kinase-mediated activation into the AZT 5'-monophosphate (AZTMP).

In this project, we will address these limitations using the phosphoroamidate technology (ProTide) which is a prodrug approach developed for the efficient intracellular delivery of nucleoside analogue monophosphates and successfully delivered two anti-viral drugs to the market. In this prodrug strategy, the monophosphate hydroxyls are temporally masked by an aromatic group and an amino acid ester moiety, which are enzymatically cleaved-off inside cells to release the active species. A focused library of four AZT ProTides with varying amino acid ester motifs (methyl, isopropyl, tert-butyl and benzyl) will be synthesised, probed for serum stability and subsequently evaluated for antitrypanosomal activity. 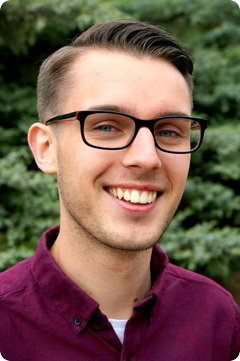 Description: An important mechanism of information exchange processes--from spread of a disease to drug delivery--between distant cells in an organism is via movement of Membrane Nanoparticles (MNPs). Due to their omnipresence in bodily fluids, MNPs have enormous potential for early diagnostics of diseases such as cancer; however, the traditional approaches to MNPs classification rely upon complicated, expensive and time-consuming bio-assays. Developing new MNPs classification methodologies using a small lab-on-chip type technology, available to a broad medical community, would allow a cheap and reliable early disease detection directly from bodily fluids such as saliva. The recent advances in micro- and nano-technology provide such an opportunity by using micro-cantilevers, suitably modified to specifically interact with the MNPs of interest. The change in cantilever vibration frequency depends on the added mass of such MNPs, and, as a result, provides a way of measuring their concentration in the fluid.

The aim of the project is to develop a suitable microscopic model of the related adsorption processes and use it to indirectly measure the volume concentration of the specific MNPs. The model will be investigated numerically and calibrated using appropriate experimental data. This will require interaction with physicists (K.Voitchovsky) and mathematicians (O.Hryniv). 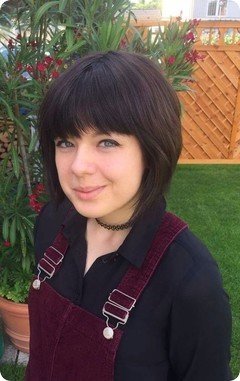 Analyses of Trypanothione Peroxidase: a target for natural chalones in Leishmania

Description: Caused by protozoan Leishmania, the Neglected Tropical Disease leishmaniasis is endemic in >90 countries, with 1 billion people living at risk of disease. However, therapies are limited and the search is on for new, effective drugs. Natural products have long formed the backbone of traditional therapies, including for leishmaniasis. In collaboration with Steel (Durham) and Rossi-Bergmann (UFRJ, Brazil), using a chemical probe approach Denny identified Trypanothione Peroxidase (TryP) as a putative target for the natural product antileishmanial chalcones. To provide definitive proof of this, in this project I will characterize the interaction of chalcone with TryP using purified protein and biophysical techniques. Furthermore, using biomolecular technology, I will generate loss of function Leishmania to validate TryP as an essential enzyme and drug target. 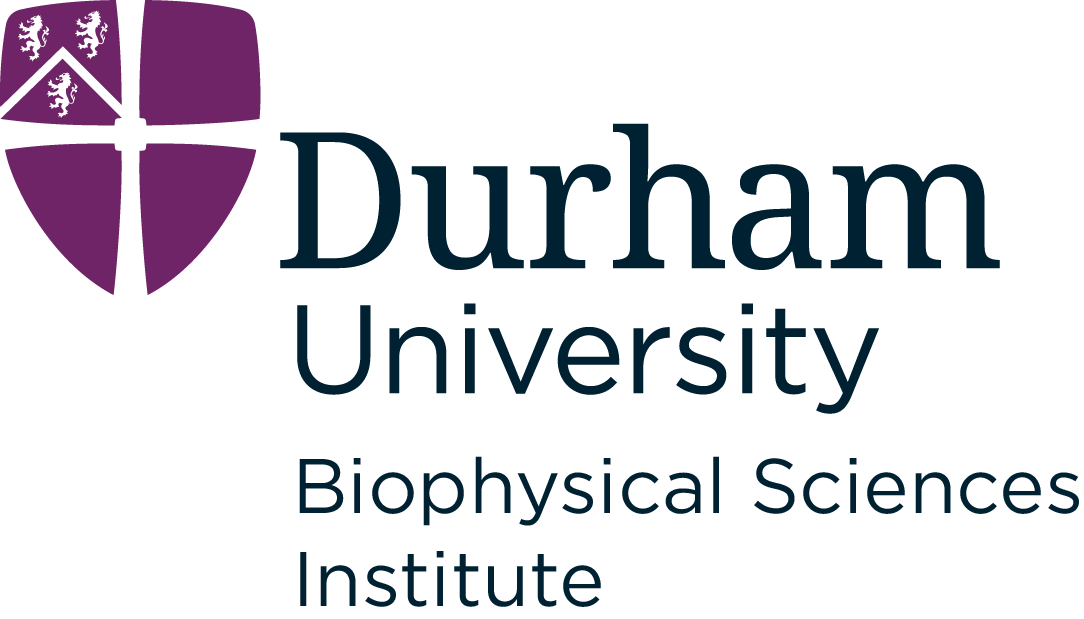