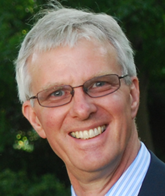 Professor in the Department of Biosciences
Telephone: +44 (0) 191 33 41331
Fax: +44 191 334 1201
Member of the Biophysical Sciences Institute
Member of the Durham Centre for Soft Matter (DCSM)
Fellow of the Wolfson Research Institute for Health and Wellbeing