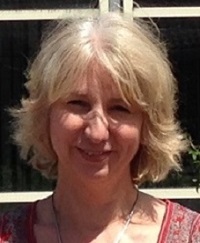 Making research accessible, achievable, and supporting students as they learn to think creatively are my core teaching aims. I have worked extensively in developing the learning environment of undergraduate practical classes, using both staff and postgraduate demonstrator contact time to actively support students as they learn new skills. I developed the postgraduate-led Research Masterclasses programme to further enhance the research-led teaching available in Biosciences, and to give our early stage undergraduates an opportunity to find out about what its really like to be a university researcher. Teaching the L3 Biological Enterprise module is a pleasure, supporting students as they use their knowledge and ingenuity to propose highly credible and innovative biotechnological solutions to current societal issues including health, nutrition, pollution, climate change and well-being.

My first degree was in Molecular Biology at Glasgow University, after which I moved east to Edinburgh to study for a PhD under the supervision of Prof Chris Leaver FRS. During my PhD I applied the (then) new tools of molecular biology to a study of the transcriptional regulation of plant organellar and nuclear genomes during monocot leaf development. After completing my doctorate, I moved to Rothamsted Research to work on the genetic transformation of monocot species. Having gained a strong background in molecular and genetic transformation I then moved to Leicester University where, using Arabidopsis as a model plant species, Keith Lindsey and I established a novel molecular strategy to identify and clone both regulatory elements and genes essential for plant growth and development. This technique, known as Promoter Trapping, became established as a valuable strategy for the isolation and characterization of plant genes.

I moved to Durham in 1996 and continued to work on several of the Arabidopsis genes I had isolated through Promoter Trapping. I was particularly interested in genes that regulate embryogenesis, that is, genes that are central to controlling both the shape and cell patterning within the embryo. My interest in how the polarity of the embryo is established, and in particular development of the basal region of the embryo, led to a parallel focus on post-embryonic root development. Two members of the group (Stuart Casson and Matthew Spencer) adapted a technology developed initially for animal cells, laser capture microdissection, that allows the isolation of single cells from tissue sections. This approach was applied to plant embryos and allowed the transcriptional profiling of cells in specific locations within the embryo. Using this technique, it was possible to identity more genes that are essential for key aspects of early plant development.

Over the years I have worked with several UG project students, MSc and PhD students, post docs and Fellows on the Arabidopsis mutants we have generated and the genes isolated, steadily building up a detailed picture of the complex networks required to control the way plants grow, development and respond to environmental stresses.

Below are some of my favorite papers that mark advances in our understanding of plant development;

This work continued the investigation of the role of sterol isomerase in regulating pattern formation in plants, when the gene encoding this enzyme is mutated there are severe development defects. The expectation is that all cells within the plant require sterols, but interesting the expression of the sterol isomerase gene (HYD1) is predominately in the epidermis of the root. Transgenic activation of HYD1 transcription in the epidermis of hyd1 null mutants rescues the mutants, revealing a major role for sterols in root patterning and growth. The previously observed importance of the epidermis in controlling root growth and development is proposed to be, in part, due to its role as a site for sterol biosynthesis, and auxin is a candidate for the non-cell- autonomous signal.

By studying the plant’s response to specific stress situations (drought in this paper, but also nutrient and metal stresses) we can begin to breed plants that can grow better in harsh environments. This will become increasingly important as we need to improve crop yields in the face of climate change.

One of my aims from the outset of my research career has been to contribute to a narrative that begins to explain plant development in all its complexity. One approach towards this goal is to embrace the relatively new science of Systems Biology. This paper marks an important step towards modelling a ‘virtual plant root’ that represents a very useful predictive research tool.

By using laser microdissection to identify embryo-specific transcripts a protein (MDF) that is required for the maintenance of both the apical and root meristems was identified. MDF is extremely interesting as it appears to encode an RNA splicing factor. We are currently using a transcriptomics approach (RNA Seq) to shed more light on the role of the protein in tissue specific gene regulation.

The HYDRA1 gene was found to encode a sterol isomerase. The mutant phenotype led us to hypothesize that plant sterols are important in several key processes, including regulators of auxin transport mechanisms and, potentially, as co-factors in regulating the activity of transcription factors required during the early stages of plant development.

Another mutant we identified from the tagged lines was polaris.  The POLARIS gene was found to encode a 36 amino acids peptide. Using both genetic and biochemical approaches over the past decade (with several interim publications) we have been gradually elucidating the role of this peptide. We now believe that that plays a centrally role in allowing root cells to detect and respond to the plant hormone ethylene. Ethylene plays a central role in the way plants respond to stress, such as drought.

One mutant we identified (hydra) had a very unusual embryo morphology. The cells of the Arabidopsis embryo no longer divide and expand in the normally highly stereotypic manner required for spatially-dependent cell-cell hormonal signaling events to occur, leading to abnormal development.

Screening our functionally tagged Arabidopsis population led to the identification of several mutants and associated genes that control plant development, many of which we are still working on.

In the days before gene tagging and insertional mutagenesis, the identification of developmental genes required screening mutant plants grown from either chemically or irradiated seeds for phenotypes of interest. The isolation of the target gene was a long and protracted affair, involving marker-assisted genetic mapping and genome walking. The ability to not only tag the mutagenised region of the genome, thereby making gene isolation a straight forward procedure, but simultaneously to visualize the expression pattern of the tagged gene using a reporter gene system, was a major advance.