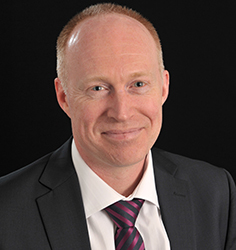 As Chief Financial Officer, Stephen advises on major capital projects and other investments, and he provides oversight following our success in securing £225 million of borrowing through a private placement, our first capital markets issue.

Stephen joined Durham University in April 2019 from the University of Hull, where he served as Chief Financial Officer.

Before that he was Director of Finance and Resources at Leeds Beckett University and the Head of Group Financial Planning at the University of Leeds. He has also worked in the printing and computer software industries.

Stephen has been a member of the Chartered Institute of Management Accountants (CIMA) since 1996, having qualified whilst working for the University of Leeds.