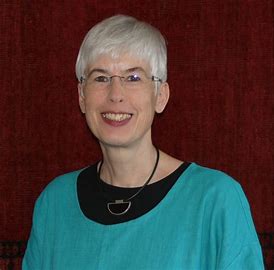 Historiography matters, because we deal with the past using the tools estab-lished by the science of history. Like any other science, historiography must al-ways remain open to criticism and new insights. Research cannot do without the critical questioning of its results and facts in search of alternative interpretations and new insights. Historical narratives on the Mongol period written in Iran in a time span of nearly 80 years, including the Pahlavi era as well as the Islamic Re-public, are an interesting case study. The more so since this period had been neglected in Iran for quite a while. Due to the establishment of an Iranian na-tional history in the 1930s, the Mongol era had to be given attention and it had to be integrated into a new historical narrative. Using two Iranian authors of dif-ferent periods – Abbas Eqbâl (1897-1956) and Rasûl Djaʿfariyân (born 1964) – this paper will analyse how historiography on the Mongol period began under Reza Shah and how its narrative strands continue well into the period of Islamic Republic.
Biography
Anja Pistor-Hatam is Professor of Islamic Studies (Middle Eastern Studies) at Kiel University and served as vice-president at her university for more than six years. She is also a member of the Academy of Sciences and Humanities in Hamburg. Her research interests focus on the intellectual history of Iran and include Twelver Shiʻite Islam, 19th to early 20th century reform movements in Iran and the Ottoman Empire, modern Iranian historiography, ‘religious minor-ities’ as well as human rights and human dignity in Iran. Her latest publications include Ge-schichtsschreibung und Sinngeschichte in Iran. Historische Erzählungen von mongolischer Eroberung und Herrschaft, 1933–2011 (Historiography and the History of Meaning in Iran: His-torical Narratives on Mongol Invasion and Rule, 1933–2011), Brill: Leiden 2014; “Non-under-standing and Minority Formation in Iran”, in Iran 55 (2017), pp. 87–98, and “Religious Minor-ities in the Islamic Republic of Iran and the ‚Right to have Rights‘,” in Irannamag 3.4 (2019), pp. 4–25. Professor Pistor-Hatam is currently preparing a volume on human rights in the Is-lamic Republic of Iran.
To register for this event, please contact Professor Clive Jones (c.a.jones@durham.ac.uk) before 18:00, Tuesday, 20th October 2020. You will then receive a follow up email contain-ing details of how to join the zoom seminar. The webinar will commence promptly at 16:00 British Summer Time.