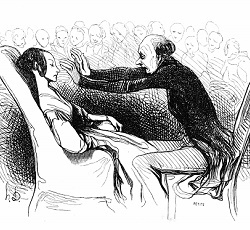 The Science, Medicine and Society cluster is the focus of a number of research activities. Its staff members co-ordinate an M.A. in History and Philosophy of Science and Medicine. As such, many of the members of the group are postgraduates who have completed the M.A. and continued their research within this group. The cluster, which is one of only a few of its kind in the UK, provides exciting opportunities for dialogue between philosophers and historians with a range of interests in science and medicine. Many of the group's members contribute to the Centre for Humanities Engaging Science and Society (CHESS) and the Centre for the History of Medicine and Disease (CHMD).

KNOWLEDGE FOR USE: MAKING THE MOST OF SOCIAL SCIENCE TO BUILD BETTER POLICIES (2015–2020)

'Research is an investment in our future’ says Horizon 2020. That’s only true if you know what to do with it. When it comes to social policy, we don’t really know how to put our research results to use. K4U aims to remedy this. K4U will construct a radically new picture of how to use social science to build better social policies. This picture will be founded on an ambitious philosophical study of the technology of social science including a thorough reconceptualisation of objectivity, deliberation and the role of values in the science/society interface.

This project is funded by a 5 year 'Advanced Grant' of just over 2 million euros from the European Research Council under Horizon 2020, starting in November 2015. It will provide support for post-doctoral research and for 2 PhD students over the course of the grant.

HISTORY OF HYPNOTISM IN EUROPE (2016)

This project brings together an international group of researchers working on the historical debates on the benefits and dangers of hypnosis in the late nineteenth and early twentieth century in Germany, France, Belgium, Spain, and Italy. Drawing upon a wide variety of medical, legal, socio-political, and cultural sources, the contributors highlight conflicts between professional and lay practice of hypnosis as well as between different fractions of the medical and psychiatric professions; the uncertain legal status of ‘hypnotic crime’; the relationship between doctors and stage hypnotizers; and wider public perceptions of hypnosis. Beyond national developments, attention is given to transnational influences and discourses.

As part of this project, Professor Holger has edited a special issue of Notes and Records: Royal Society Journal of the History of Science (June 2017)

This project is funded by a Wolfson Research Institute Small Grant.

This project is funded by an AHRC Research Grant

BEYOND ETIQUETTE: BRITISH MEDICAL ETHICS IN THE AGE OF PROFESSIONALIZATION (2016)

Following the advent of modern bioethics, the medical ethics of nineteenth- and early twentieth-century Britain has been criticized for having been much more concerned with etiquette and conflicts between practitioners than with moral matters in the encounters with patients. My project challenges this perception by analysing diverse sources of historical medical ethical thought and practice, such as doctors' writings on ethics, disciplinary activities of the General Medical Council, and the central ethics committee of the British Medical Association. I argue that professional medical ethics was guided by widely accepted social values and strived to fulfil contemporary patient expectations. 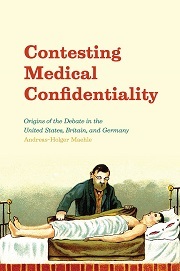 Andreas-Holger Maelhle - Contesting Medical Confidentiality: Origins of the Debate in the United States, Britain, and Germany

Medical confidentiality is an essential cornerstone of effective public health systems, and for centuries societies have struggled to maintain the illusion of absolute privacy. In this age of health databases and increasing connectedness, however, the confidentiality of patient information is rapidly becoming a concern at the forefront of worldwide ethical and political debate. In Contesting Medical Confidentiality, Andreas-Holger Maehle travels back to the origins of this increasingly relevant issue. He offers the first comparative analysis of professional and public debates on medical confidentiality in the United States, Britain, and Germany during the late nineteenth and early twentieth centuries, when traditional medical secrecy first came under pressure from demands of disclosure in the name of public health. Maehle structures his study around three representative questions of the time that remain salient today: Do physicians have a privilege to refuse court orders to reveal confidential patient details? Is there a medical duty to report illegal procedures to the authorities? Should doctors breach confidentiality in order to prevent the spread of disease? Considering these debates through a unique historical perspective, Contesting Medical Confidentiality illuminates the ethical issues and potentially grave consequences that continue to stir up public debate. 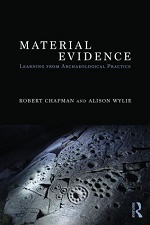 How do archaeologists make effective use of physical traces and material culture as repositories of evidence?

Material Evidence takes a resolutely case-based approach to this question, exploring instances of exemplary practice, key challenges, instructive failures, and innovative developments in the use of archaeological data as evidence. The goal is to bring to the surface the wisdom of practice, teasing out norms of archaeological reasoning from evidence.

Archaeologists make compelling use of an enormously diverse range of material evidence, from garbage dumps to monuments, from finely crafted artifacts rich with cultural significance to the detritus of everyday life and the inadvertent transformation of landscapes over the long term. Each contributor to Material Evidence identifies a particular type of evidence with which they grapple and considers, with reference to concrete examples, how archaeologists construct evidential claims, critically assess them, and bring them to bear on pivotal questions about the cultural past.

Historians, cultural anthropologists, philosophers, and science studies scholars are increasingly interested in working with material things as objects of inquiry and as evidence – and they acknowledge on all sides just how challenging this is. One of the central messages of the book is that close analysis of archaeological best practice can yield constructive guidelines for practice that have much to offer archaeologists and those in related fields. 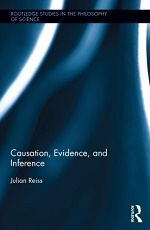 In this book, Reiss argues in favor of a tight fit between evidence, concept and purpose in our causal investigations in the sciences. There is no doubt that the sciences employ a vast array of techniques to address causal questions such as controlled experiments, randomized trials, statistical and econometric tools, causal modeling and thought experiments. But how do these different methods relate to each other and to the causal inquiry at hand? Reiss argues that there is no "gold standard" in settling causal issues against which other methods can be measured. Rather, the various methods of inference tend to be good only relative to certain interpretations of the word "cause", and each interpretation, in turn, helps to address some salient purpose (prediction, explanation or policy analysis) but not others. The main objective of this book is to explore the metaphysical and methodological consequences of this view in the context of numerous cases studies from the natural and social sciences. 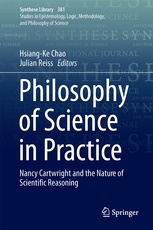 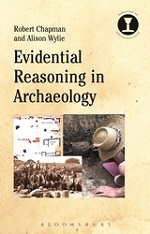 A. Wiley and R. Chapman, Evidential Reasoning in Archaeology, (Bloomsbury 2016)

How do archaeologists work with the data they identify as a record of the cultural past? How are these data collected and construed as evidence? What is the impact on archaeological practice of new techniques of data recovery and analysis, especially those imported from the sciences?

To answer these questions, the authors identify close-to-the-ground principles of best practice based on an analysis of examples of evidential reasoning in archaeology that are widely regarded as successful, contested, or instructive failures. They look at how archaeologists put old evidence to work in pursuit of new interpretations, how they construct provisional foundations for inquiry as they go, and how they navigate the multidisciplinary ties that make archaeology a productive intellectual trading zone. This case-based approach is predicated on a conviction that archaeological practice is a repository of considerable methodological wisdom, embodied in tacit norms and skilled expertise – wisdom that is rarely made explicit except when contested, and is often obscured when questions about the status and reach of archaeological evidence figure in high-profile crisis debates.

In recent years philosophers of science have urged that many scientific theories are extremely useful and successful despite being internally inconsistent. Via an investigation of eight alleged 'inconsistent theories' in the history of science, Peter Vickers urges that this view is at best overly simplistic. Most of these cases can only be described as examples of 'inconsistent science' if we employ reconstructions of science which depart from the real (history of) science to an unacceptable degree. And where we do find genuine inconsistency he argues that the nature of—and correct response to—the inconsistency differs dramatically depending on the details of the science in question. Thus we are warned against making overly general claims about 'science': what are all called 'theories' in the history of science are actually significantly different entities, which work in different ways and react to inconsistency in different ways. Vickers argues that the traditional goal of philosophy to make substantial, fully general claims about 'how science works' is misguided, and can be significantly circumvented if we re-frame our debates such that reference to 'theories' is eliminated. In this way one is not tempted to think of the history of science as a history of instances of the same kind—theory—about which one could hope to say something substantial and general. And in addition eliminating theory means that we avoid fruitless debates about the 'real' nature and content of 'theories'. Vickers' account leads to a particularist philosophy of science, where the reader is urged to appreciate the often dramatic differences between the different 'inconsistencies in science' which have been identified.

Philosophy of Economics: A Contemporary Introduction is the first systematic textbook in the philosophy of economics. It introduces the epistemological, metaphysical and ethical problems that arise in economics, and presents detailed discussions of the solutions that have been offered.

Throughout, philosophical issues are illustrated by and analysed in the context of concrete cases drawn from contemporary economics, the history of economic ideas, and actual economic events. This demonstrates the relevance of philosophy of economics both for the science of economics and for the economy.

This text will provide an excellent introduction to the philosophy of economics for students and interested general readers alike.