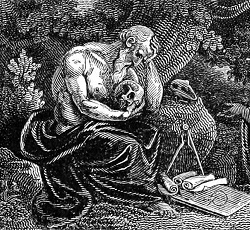 What is time? Is the past real? Does the present really move? These questions are debated by contemporary metaphysicians of time, and the debates are informed by work on time that occurred in the twentieth century, by philosophers such as J. M. E. McTaggart, Henri Bergson, C. D. Broad, Susan Stebbing, Martin Heidegger, Samuel Alexander, J. J. C. Smart, and Arthur Prior. Two groups of thinkers are working on these kinds of issues - contemporary metaphysics of time, and historians of time in twentieth century philosophy - and this conference will bring both groups together. The major part of the conference will allow cutting edge metaphysicians to share their work with cutting edge historians of philosophy. The minor part of the conference will explore ways that historians and philosophers of time can achieve impact beyond the academy.

This work is funded through a British Academy Rising Star Engagement Award.

The history of twentieth-century philosophy is still being written. This project will ensure that the work of a remarkable group of women philosophers -- Mary Midgley, Elizabeth Anscombe, Iris Murdoch, and Philippa Foot -- is at the centre of that history. Combining archival work, reading groups, interviews, and philosophical research, we are arguing that these women represent a distinctive philosophical school, whose methods and insights are of deep relevant today.

This project is funded by a 2 year 'Small Research Grant' from the British Academy. It will provide support for a research assistant.

What is time? During the early modern period, a new answer emerged: time is ‘absolute’, in the sense it exists independently of human minds and material bodies. This thesis had a huge impact, affecting natural philosophy and theology, as well as existing metaphysics of change, freewill, personal identity, and idealism. However, existing scholarship focuses on early modern accounts of space, and neglects time. This project addresses that problem, providing a sustained study of the development of time in early modern British metaphysics. Along the way, it recovers the work of women philosophers who have traditionally been neglected in the histories of our discipline.
This project is funded by a Netherlands Research Council (NWO) Veni grant.

According to the received view, Kant’s critical revolution put an end to the kind of metaphysics of which Leibniz’s ‘Monadology’ is the example par excellence. This volume challenges Kant’s claim by providing a far more nuanced version of philosophy’s ‘post-Kantian’ tradition that spans from the late eighteenth to the early twentieth century and brings to light a rich tradition of new ‘monadologists’, many of whom have been unjustifiably forgotten by contemporary historians of philosophy. Through this complex dialogue, monadology is shown to be a remarkably fecund hypothesis, with many possible variations and developments. The volume’s focus on monadology exposes the depth and breadth of the post-Kantian period in an original and previously unexplored way and opens up numerous avenues for future research. Crucially, however, this volume not only shows that monadological metaphysics did continue after Kant but also asks the critical question of whether it should have done so. Consequently, the question of whether monadological metaphysics could also have a future is shown to be relevant in a way that was previously almost inconceivable.

Jeremy Dunham (with Iain Hamilton Grant and Sean Watson) - Idealism: The History of a Philosophy

Idealism is philosophy on a grand scale, combining micro and macroscopic problems into systematic accounts of everything from the nature of the universe to the particulars of human feeling. In consequence, it offers perspectives on everything from the natural to the social sciences, from ecology to critical theory. Heavily criticised by the dominant philosophies of the 20th Century, Idealism is now being reconsidered as a rich and untapped resource for contemporary philosophical arguments and concepts. This volume provides a comprehensive portrait of the major arguments and philosophers in the Idealist tradition. The book demonstrates how Idealist philosophy provides a fruitful way of understanding contemporary issues in metaphysics, the philosophy of science, political philosophy, scientific theory and critical social theory.

Andy Hamilton - Routledge Philosophy Guidebook to Wittgenstein and On Certainty

Ludwig Wittgenstein is arguably the most important philosopher of the twentieth century. In On Certainty he discusses central issues in epistemology, including the nature of knowledge and scepticism. The Routledge Philosophy Guidebook to Wittgenstein and On Certainty introduces and assesses:

This GuideBook is essential reading for all students of Wittgenstein, and for those studying epistemology and philosophy of language. On Certainty, Wittgenstein's final work, addresses a category of "world-picture" propositions discovered by G.E. Moore. These challenge Wittgenstein's enduring commitment to a well-defined category of empirical propositions, and help to generate a critique of scepticism. Developing Wittgenstein's view that scepticism is self-undermining, the Guidebook offers a combative yet therapeutic interpretation that locates On Certainty between the standpoints of Kant and Hume.

G. E. M. Anscombe’s Intention is a classic of twentieth-century philosophy. The work has been enormously influential despite being a dense and largely misunderstood text. It is a standard reference point for anyone engaging with philosophy of action and philosophy of psychology.

Ideal for anyone wanting to understand and gain a perspective on Elizabeth Anscombe’s seminal work, this guide is an essential introduction, useful in the study of the philosophy of action, ethics, philosophy of psychology and related areas.