The cost of data movement - both runtime and energy - is predicted to be one major showstopper on our road to exascale. As computers driving data centres, supercomputers and machine learning farms become faster, their interconnects, i.e. communication devices, grow into a limiting factor; even worse, they also face the omnipresent unreliability that will arise. One way to improve them is to make them smart – to make them learn how to route data flows, how to meet security constraints, or even to deploy computations into the network. Smart network devices can take ownership of the data movement, bring data into the right format before it is delivered, care about security and resiliency, and so forth.

DINE has been funded by DiRAC, ExCALIBUR, the Department of Computer Science and the Institute for Computational Cosmology as part of a strategic research equipment purchase.

The Durham Intelligent NIC Environment (DINE) supercomputing facility is hosted alongside by COSMA, and is used by Computer Science researchers, DiRAC researchers and international collaborators.

A key feature of DINE is the NVIDIA BlueField smart NIC cards which provide a programmable network offload capability, allowing network functions to be accelerated, and freeing up compute cores for other tasks.

DINE is comprised of 24 nodes each containing:

Students will also benefit from working with cutting-edge technologies, designing algorithms and investigating ideas which will carried forward into future UK and international facilities.

Access is available free of charge to the UK research community. High priority will be given to developmental and fundamental Exascale research (no production runs).

Students will also be given access and hence benefit from working with cutting-edge technologies. This will help them to design algorithms and investigate ideas which will carried forward into future UK and international facilities.

We are willing to give collaborators and external scientists access to the system as well to allow them to prototype novel algorithms and write new software using smart network devices.

To get access, please follow these instructions to apply for an account, signing up to project do009, and then send a message to cosma-support@durham.ac.uk mentioning your interest in BlueField.

The system has one node available for direct login (from a COSMA login node), b101. The SLURM workload manager should then be used to submit jobs to the other nodes, using the bluefield1 queue.

Hints and tips for usage

The InfiniBand network has:

The BlueField cards (devices) operate in "Host Separated" mode, meaning that they can be treated as servers in their own right (running Ubuntu), and MPI jobs can run on both host and device.

Currently, manual mpirun calls are necessary to specify the hosts and devices to use.

If you have any hints that you would like to appear here, please let us know! 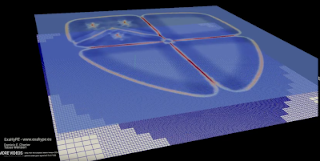 Durham project funded by EPSRC under the ExCALIBUR programme. 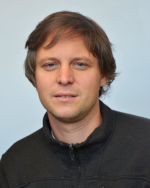 In Peano and ExaHyPE, we have been suffering from a lack of MPI progress and, hence, algorithmic latency for quite a while and invested significant compute effort to decide how to place our tasks on the system. We hope that BlueField will help us to realise these two things way more efficiently. Actually, we started to write software that does this for us on the BlueField in a blackbox way.

This work has used Durham University's DINE cluster. DINE has been purchased through Durham University’s Research Capital Equipment Fund 19_20 Allocation, led by the Department of Computer Science. It is installed in collaboration and as addendum to DiRAC@Durham facility managed by the Institute for Computational Cosmology on behalf of the STFC DiRAC HPC Facility (www.dirac.ac.uk). DiRAC equipment was funded by BEIS capital funding via STFC capital grants ST/P002293/1, ST/R002371/1 and ST/S002502/1, Durham University and STFC operations grant ST/R000832/1. DiRAC is part of the National e-Infrastructure.