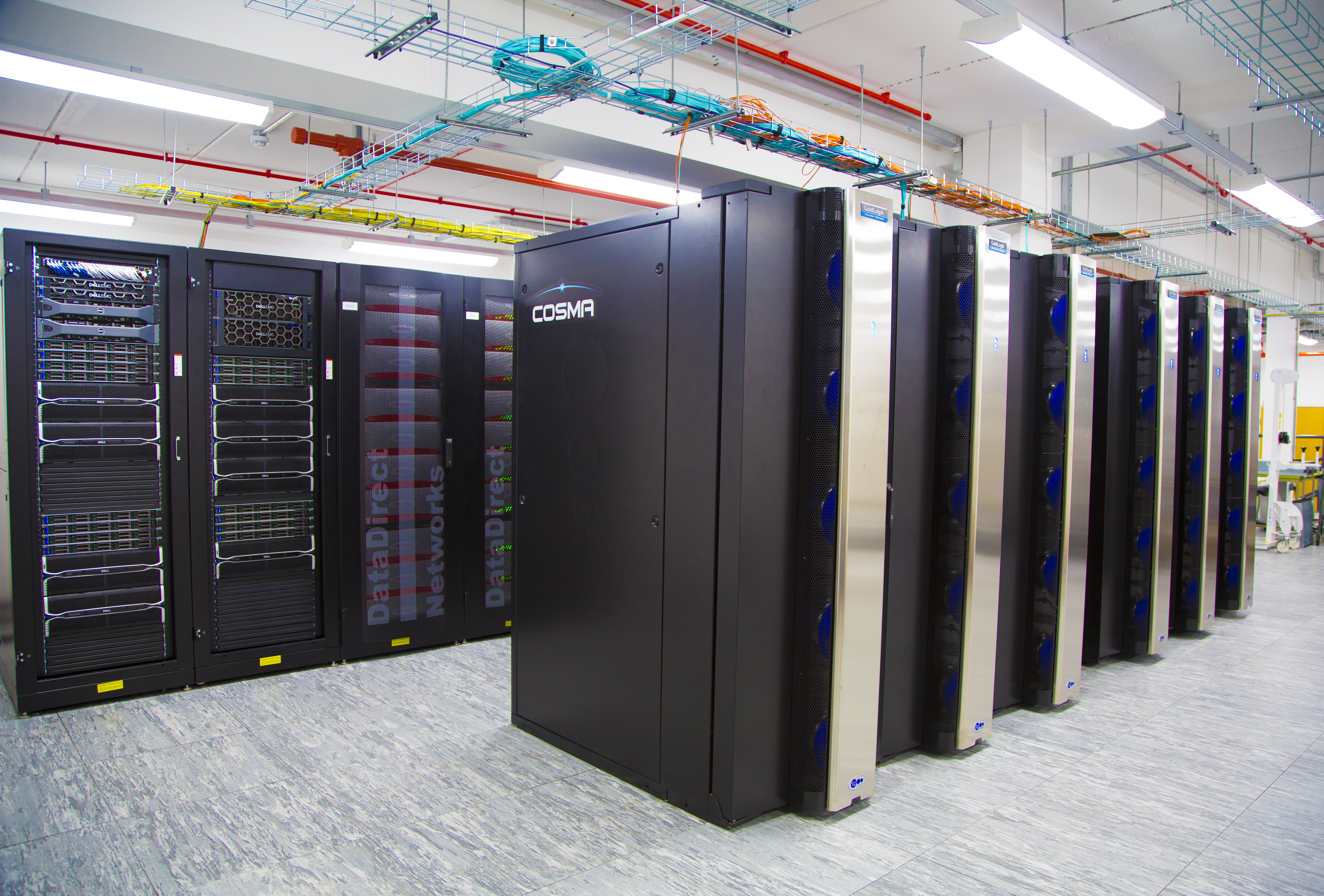 A single job can only span half of COSMA7. This is because one have uses a Mellanox EDR InfiniBand fabric, while the other half (224 nodes) uses a Rockport switchless Ethernet fabric.

You should use the cosma7 partition for InfiniBand, and cosma7-rp for Rockport.

The Rockport fabric forms a 6D torus. The InfiniBand fabric has a fat tree topology with a 2:1 blocking configuration.

Access is enabled through three login/development servers each with 1.5TB of memory. Currently connected is a DELL storage system configured with 3.1 PB of data space (/cosma7), and a fast I/O storage with 459TB (/snap7) for temporary checkpointing. Both file systems are based on Lustre.