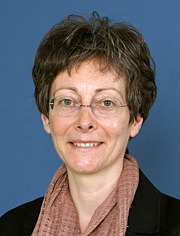 Professor in the Department of Geography
Telephone:
Fax:
Room number: