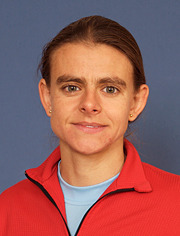 Summary
My research focuses on understanding glacial isostatic adjustment (GIA); the response of the Earth system to changes in ice and ocean loading during a glacial cycle. I investigate how this process can be used to understand changes in sea-level, solid earth deformation, and the volume of the global ice sheets during the last glacial cycle, and in the present day. Previous areas of interest include North America, Scandinavia and Siberia, but my current research primarily focuses on Antarctica.

My expertise lies in running a suite of numerical models that reflect ice dynamics, spatially-variable sea-level change, and deformation of the heterogeoenous Earth. These models allow me to predict how ice sheets grow and decay, how the sea level rises and falls, and how the solid Earth changes shape through time. I collaborate closely with a range of data scientists - geologists, glaciologists, geodesists, seismologists - who provide information that can constrain or validate my modelling.

Ongoing GIA processes are detected by the Gravity Recovery and Climate Experiment (GRACE) satellites. GRACE data must therefore be corrected for GIA effects before we can quantify the present rate of ice-sheet mass change. There remain large uncertainties on the GIA signal across Antarictica, and this is one of the primary motivations for my research.

Past and Ongoing Research

W12a GIA Model Output
GIA model output, which may be used to correct GRACE and altimetry data for the effects of GIA in Antarctica, is available for download. Please see Whitehouse et al. (2012, GJI) and the readme file for further details.

NERC Independent Research Fellowship (2013-2018)
My Fellowship research focused on understanding the impact of 3D variations in Earth structure on GIA across Antarctica. This work has led to advances in our ability to quantify present-day rates of ice loss across Antarctica.

During my Fellowship I worked with a number of international collaborators and am grateful for their co-operation. These collaborators include Wouter van der Wal (TU Delft), Terry Wilson (Ohio State University), Doug Wiens (Washington University in St Louis), Ed Bueler (University of Alaska, Fairbanks) and Matt King (University of Tasmania).

Antarctic fieldwork
I was a collaborator on the UKANET project that used seismic data to improve our understanding of Earth structure beneath the Antarctic Peninsula. My fieldwork blog gives an insight into the work involved when installing such instruments at the ends of world!

I currently lead a 5-year NERC-funded project that makes use of data from the UK Antarctic GPS network to advance our understanding of Earth rheology across West Antarctica. Through this project we are upgrading the GPS network so that data are transmitted in real time, and are available to all via the UNAVCO data archive.

Solid Earth Response and influence on Cryosphere Evolution (SERCE)
SERCE is a Scientific Research Program funded by the Scientific Committee for Antarctic Research (SCAR). With Prof. Matt King, I am currently co-director of this program, which seeks to facilitate collaboration with the goal of advancing our understanding of the interactions between the solid earth and the cryosphere to better constrain ice mass balance, ice dynamics and sea level change in a warming world.

For wider audiences
I have written a layman's summary of glacial isostatic adjustment, which explains the scientific theory behind my research. In addition, the methods that we use to determine the rate at which Antarctica is currently losing ice are described in the Autumn 2012 edition of NERC's Planet Earth magazine. I also delivered the Bullerwell Lecture in 2016 in which I summarise my current work on 3D GIA modelling; a video of the recording from the 2016 PGRIP Meeting is available to view.