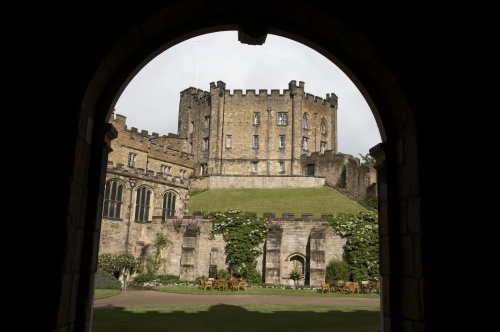 The present Castle began in 1072 as a simple defensive mound commissioned by William the Conqueror to defend the peninsula formed by the meander in the River Wear. Over the centuries, the Castle has been a residence of the Bishops of Durham who added to the buildings and altered them to suit the needs of the time.

The University of Durham was founded in 1832 by Bishop Van Mildert and the Dean and Chapter of the Cathedral. After Van Mildert's death in 1836 the Castle was handed over to the University and became University College in 1837, the oldest of the Durham Colleges. Early generations of students lived either in University House, now Cosin's Hall, or in the Castle Keep which was reconstructed in 1840.

The College is now an academic community within Durham University of around 700 undergraduate and 150 postgraduate students.