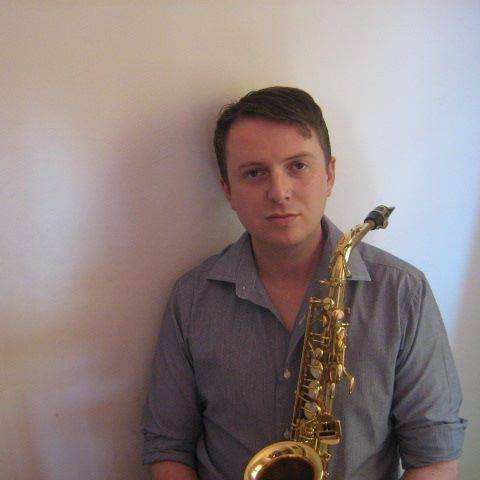 Assistant Professor in the Department of English Studies
Co-Director in the Institute of Hazard, Risk and Resilience
Research Associate of Work Package 5 in Tipping Points Research Project

Marc Botha is Assistant Professor in Modern and Contemporary Literature and Theory in the Department of English Studies at Durham University and Co-director of Durham’s Institute of Hazard, Risk and Resilience.

Having taught and performed widely as a classical saxophonst in South Africa, I turned my attention more fully to the field of literary and cultural theory, and completed my MA at the University of Pretoria, South Africa, I first came to Durham as a Doctoral Fellow in 2006. I completed my doctorate in Modernism and Literary Theory in 2011, and was appointed a Lecturer in English at the University of Pretoria in 2012. I was subsequently seconded in 2012 as a research associate on the Leverhulme Trust Tipping Points project hosted by Durham’s Institute of Hazard, Risk and Resilience.

I was appointed to my current position as Assistant Professor in Modern and Contemporary Literature and Theory in the Department of English Studies in 2016. I am currently co-director of Durham’s Institute of Hazard, Risk and Resilience, and am co-ordinator of the “Risk Humanities” theme within the Matariki Network of Universities, an international network which seeks to interrogate the intersections of risk, vulnerability, security and futurity from an interdisciplinary perspective. Since 2016 I have been an Research Assocaite at the University of Witwatersrand, South Africa.

My research interrogates the intersection of critical theory, modern and contemporary literature. I have particular research expertise in minimailsm across the arts, gender and sexuality studies, and the ethics and poltiics.

My work generally takes shape around particular concepts – minimum, event, risk, fragility, divination, viscerality, object, and encounter – and the ways these concepts travel between histories, places, cultures, political imaginaries and media. My approach is generally eclectic, but I have particularly strong affinities with deconstruction, object-oriented thought, theories of the event (especially Badiou), phenomenologies of embodiment, and queer theory.

These interests feed into ongoing work in three principal areas of research: minimalism, fragility and vulnerability, futurity and the politics of prediction and forecasting, and queer ecologies (broadly interpreted).

My earlier work on minimalism has centred on developing a general theory applicable to literature, music and the visual arts, and which is able to map the relation of minimalism to broader questions of realism, multiplicity, phenomenology, object-oriented ontology, and deconstruction.

Although I examine a transhistorical range of works, writers of particular interest include Samuel Beckett, Raymond Carver, Ian Hamilton Finlay, and Robert Lax. My ongoing work in this area addresses short fiction and especially micro- and twitter fiction, concrete and intermedia poetry, and queer, post- and decolonial minimalisms.

I work with a range of aesthetic, theoretical and political interrogations of fragility (and related discourses on vulnerability and precarity). The subject of my second book, provisionally entitled Appearing in Disappearing: On the Politics and Poetics of Fragility, is taking shape around a sustained concern with the tension between embodiment and viscerality on the one hand, and abstraction and the process of disappearance on the other.

I am interested in a range of issues in queer theory and queer and intersectional literary studies broadly conceived. I am presently considering formal questions related to queer narratology (e.g. queer events and (a)temporal structures; anti-heroic characters and alternate visions of queer bildung; queer forms and the evasion of genre) alongside emergent queer ecological imaginaries, particularly in South African writing and visual art.

My research in these and related fields is represented in a monograph, A Theory of Minimalism (Bloomsbury, 2017), a special issue of English Academy Review addressing “Fragile Futures” (Routledge, 2014), two co-edited collections, Cosmopoetics: Rethinking the Worlds of World Poetry and Poetics with Heather Yeung (Palgrave, 2018), and Critical Transitions: Genealogies and Trajectories of Change with Patricia Waugh (Bloomsbury, 2018). I have published a number of chapters in volumes including on microfiction in The Cambridge Companion to the English Short Story (CUP, 2016), on minimalism and temporality in Time: Limits and Constraints (Brill, 2010), and on cosmopoetics and rock art in Weeds and Viruses: Ecopolitics and the Demands of Theory (WVT Trier, 2015) and); and have articles published or forthcoming in journals including American Literary History, English Academy Review, Textual Practice, Oxford Literary Review, Postmodern Culture, Cultural Dynamics, and Parallax.

I would welcome enquires from potential research students in any of my areas of research (critical theory, the intersection of literature and other arts, queer theory/ecology, postmodern and contemporary literature, experimental and intermedia poetics).

I currently teach on the Theory and Practice of Literary Criticism, American Fiction and Post-War Writing undergraduate modules, and convene an MA module on contemporary short fiction and intersectionality.