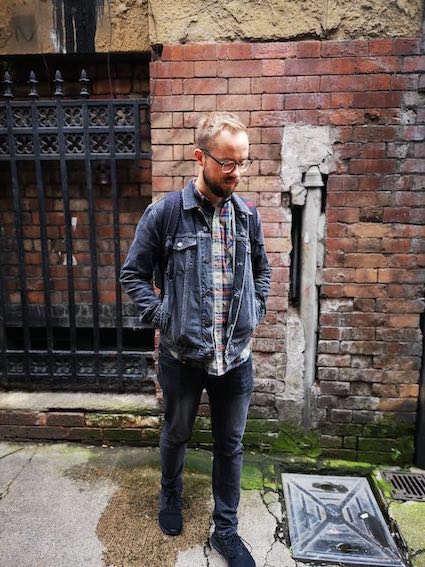 I am Assistant Professor in World Literatures in English. My research focuses on literary style, "world literature" and the historical sociology of modernity. My first book, The Politics of Style: Towards a Marxist Poetics (Brill: 2017), developed a systematic theory of literary style through an immanent critique of the work of Raymond Williams, Terry Eagleton and Fredric Jameson.

My current book project is provisionally entitled Capital Personified: Impersonality in the Modern World-System. It investigates the multiple political and stylistic valences of literary impersonality in world literature across the long twentieth century: from early twentieth-century modernism to contemporary post-apartheid South African fiction. The project is grounded in a longue-durée study of impersonality as a structural feature of the capitalist world-system, reading canonical modernist texts and postcolonial fiction within a single critical purview. It connects and intervenes in four debates: the question of modernist impersonality (its nature, range and political valences); contemporary theories of ‘world literature’; the notion of capitalism as a system of ‘impersonal domination’; and postwar philosophical defences of impersonality as a critical ethos (e.g., T. W. Adorno and Alain Badiou). It focuses especially on the ways in which impersonality mediates the traumatic legacies of colonial regimes of personhood.

I also have ongoing interests in the history of aesthetics, the Anthropocene/ Capitalocene, and theories of the subject in radical contemporary thought.

I completed my B.A. in English Literature at the University of Cardiff, during which I worked for one year as an assistant d'anglais at a lycée in Orléans (France). Following my undergraduate studies, I returned to France to work as a lecteur d'anglais for one year at Université Nancy 2 and Sciences Po. From 2008-2010, I undertook a two-year Research M.A. in Literary Studies at the Universiteit van Amsterdam. I was subsequently awarded a scholarship to pursue a Ph.D. at the International Graduate Centre for the Study of Culture at Justus-Liebig-Universität Gießen (Germany). Following my Ph.D., I worked for two years as a wissenschaftlicher Mitarbeiter, and 6 months as a Temporary Professor, in the English department at Gießen. From 2016-18, I was a Leverhulme Postdoctoral Fellow in the Centre for World Literatures at the University of Leeds, working as part of a Leverhulme project entitled “Traumatic Pasts, Cosmopolitanism, and Nation-Building in Contemporary World Literature.” In summer 2018, I was appointed Assistant Professor of World Literatures at Durham.

I welcome applications or informal queries relating to Ph.D. supervision in research areas which overlap with my own, in particular: