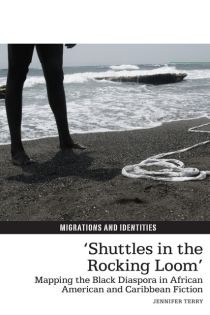 After completing a PhD and teaching at the University of Warwick, Dr Jennifer Terry joined Durham in 2004. Her work is situated at the intersections of such fields as American hemispheric, US and postcolonial studies, with a particular focus on black diaspora literature and culture. Previous research has looked at the novels of the contemporary African American author Toni Morrison and appears in various edited collections and journals. Dr Terry's monograph, 'Shuttles in the Rocking Loom': Mapping the Black Diaspora in African American and Caribbean Fiction, came out with Liverpool University Press in 2013. This comparative study examines how, through symbolic journeys, trajectories and geographies, selected African American, Caribbean and Black British novelists speak to ongoing debates about postcolonialism, nationalism, essentialism, hybridity and cross-cultural relations in the diaspora engendered by racial slavery. Engaging with the 'spatial' aspect of the theoretical work of Édouard Glissant and Paul Gilroy, it explores and interrogates diverse transnational responses. Other research includes writing on Paul Laurence Dunbar, W E B Du Bois, Octavia Butler and Walter Mosley. In 2009 Dr Terry co-organised the international symposium 'Toni Morrison: New Directions' at Durham and in 2014 organised the HEA-sponsored event 'Teaching African American Literature and Culture'. Her current work turns to visions of futurity in contemporary African American fiction and visual art.

Dr Terry has been the recipient of travel and research grants from the British Library, the British Association for American Studies, the British Academy, Stanford University, the JFK Institute for American Studies at the Free University of Berlin, and the University of Wisconsin, Madison. During Spring 2010 she held a Fellowship at the Durham Institute of Advanced Studies and she spent three months in Autumn 2014 as a Research Fellow at the Huntington Library, San Marino, CA.

Dr Terry was the Secretary of the British Association for American Studies (2014-2017) and is currently a member of the AHRC Peer Review College.

Dr. Terry would welcome supervisees working in the areas listed under Teaching and Research Interests below. She has supervised research on American, African, African American, British and contemporary women's literature.