International banking forum is a success 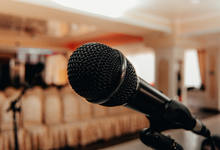 This term, the Business School’s Centre for Banking, Institutions and Development (CBID) hosted the bi-annual Central Bankers’ Forum. Held virtually, it was a key event in the Centre’s long-established range of activities. Four speakers presented their current research findings on key topics related to central banking policies and regulation.

Professor Refet Gurkaynak, Bilkent University, opened the forum with his latest paper on ‘do we really understand how macroeconomic news moves interest rates?’

Professor Gurkaynak has written several influential articles on the relationship between asset prices and monetary policy, which has been published in leading academic journals such as the American Economic Review, Journal of Monetary Economics, and the Journal of the European Economic Association. His research proposed a semi-latent factor methodology that allows for the measurement of news and noise components from yield curve movements.

The second address was given by Kasper Roszbach, Research Director at the Norges Bank, who presented his research on how households’ accumulation of debt impacts job market outcomes such as:

This research is important as policymakers since the 2008-2009 financial crisis have attempted to design several policies to mitigate the undesirable consequences of household leverage on the economy.

The paper exploits a macroprudential policy, to prevent substantial disruptions in credit necessary for stable economic growth, implemented in Norway and draws out policy implications on how to reduce the constraints that leverage imposes on the workers.

In this way, nonbanks are acting as global shock absorbers, partially mitigating the negative effects of US monetary policy shocks.

The final talk was from Florian Heider, European Central Bank, well-known for his work on bank capital structure and the effects of negative interest rates. The research paper showed, for the first time, that a negative interest rate policy does not fully mitigate the supply of credit to the economy. His talk pointed to previously unobserved interactions between crises, banking, and monetary as well as fiscal policy.

The virtual forum was attended by policy makers from the Bank of England and researchers internationally.

The next edition of the CBID Central Bankers’ Forum is expected to take place in March 2022, and will again bring together prestigious international speakers from the banking policy arena.