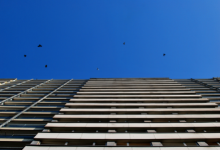 A new report investigating the stigma attached to social housing in England has revealed its significant negative impact to residents’ lives and wellbeing.

The research, by Dr Mercy Denedo of the School and Dr Amanze Ejiogu of the University of Leicester School of Business, identified the actions of the Government, social housing providers and the media as the key influencers behind such perceptions.

The impact of stigma

The ‘Stigma and Social Housing in England’ study found that social housing stigma impacts every aspect of residents’ lives, including hindering employment opportunities and communications/relationships with schools, local councils, service providers, neighbours, the police and their local GP.

From their analysis, Dr Denedo and Dr Ejiogu’s report made a number of important findings:

Government policy has consistently prioritised home ownership, while positioning social housing as being only for the neediest members of society and a bottom rung on the social status ladder.

The media have then reinforced this negative stereotype over many years, with little fear of being challenged.

There has been a lack of accountability across Government, social landlords and housing associations. In interviews and focus groups, it was commonly reported the behaviour of such bodies often had little regard to residents’ needs, feelings or rights.

It also looked at how the way social housing is allocated makes communities an easy target for criticism, e.g. schemes which purposefully house those with additional care needs together can make residents the target of negative influence.

More needs to be done

Dr Denedo and Dr Ejiogu did find that efforts have been made by local councils, housing associations and other organisations to reduce social housing stigma, such as retraining staff and attempting to give residents a greater voice, but such measures have had limited success.

7 recommendations for the Government and related professional bodies to consider:

1. Adopt a rights-based approach to housing which views access to affordable housing as a fundamental human right

2. Discourage policies which encourage the residualisation of social housing and the promotion of home ownership

3. Take action to better address the acute shortage of safe and affordable housing

4. Develop policies which recognise the intersection of social housing stigma with other stigmas