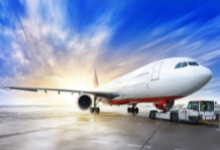 This article is written by Professor Carol Adams of the Business School and Subhash Abhayawansa, Associate Professor in Accounting at the Swinburne University of Technology.

This article is republished from The Conversation under a Creative Commons license.

Many UK companies will have to make statements about the risks of climate change to their businesses under new proposals being put forward by the Financial Conduct Authority (FCA). So-called “premium-listed” companies that follow the highest regulatory standards are already having to make such statements in their financial reports as of this year, but the FCA now wants to roll it out to most other listed companies by 2023 (and other financial bodies such as asset managers).

This will involve UK companies reporting on business risks such as more frequent and extreme weather events, rising temperatures and rising sea levels – in line with the recommendations of the international Task Force on Climate-related Financial Disclosures (TCFD).

A number of companies around the world are following these requirements already, while the G7 finance ministers recently made a commitment to make climate-risk reporting mandatory for companies registered in their countries. In the US, for example, a debate is now underway about what form these disclosures should take and whether firms should be legally liable for their assessments.

This all reflects the fact that political discussions around the world in 2020 and 2021 have been dominated by the severe risks around climate change – and also future pandemics. Leading accounting bodies and others are pushing for companies to disclose risks related to the UN Sustainable Development Goals, which means pandemics as well as climate change.

There has already been a shift in investments to favour companies that address such risks, and making risk-reporting mandatory in company disclosures is crucial to getting this trend to continue.

Yet for now at least, most companies are still reporting on such risks at their own discretion. Our newly published research shows the scale of the challenge. We examined all publicly available disclosures by the world’s top ten airlines and top five hotel and cruise companies. Many are household names, and they are among the most threatened by pandemic and climate risks in the world. Here’s what we found.

We examined the companies’ disclosures in the months leading up to the pandemic. These included annual reports, sustainability reports, websites, stock exchange submissions, and disclosures under the CDP (Carbon Disclosure Project) global system for reporting environmental impacts.

These risks are about the present as much as the future. Holidaymakers are already being faced with climate effects such as less snow at certain ski resorts, floods, wildfires, heatwaves and other extreme weather events. Loss of biodiversity is making some destinations less popular – not least Australia’s Great Barrier Reef. And before coronavirus, airlines and hospitality companies had already experienced substantial economic costs from Sars and Mers.

Yet only six out of our 20 companies treated pandemics as a separate risk category in their disclosures. Others referred to the lesser risks of epidemics and disease outbreaks, but often did not explain how their business operations and profits could be affected.

One cruise provider had listed controlling the transmission of diseases onboard and protecting employees as its only pandemic-related risks. The bigger risks of reduced passenger demand, route closures and disruptions to operations and supply chains were not mentioned. Few of the airlines and hotel companies discussed these either.

Meanwhile, only four companies explained strategies for mitigating pandemic-related risks. These were limited to assurances of having disaster recovery and business continuity plans.

The numbers refer to the number of companies that had identified each risk. Adams/Abhayawansa

Our 20 companies showed only slightly better awareness of the business risks from climate change. Five of them – including four airlines – did not disclose any potential risks. Among those that did disclose risks, the focus was on reducing fuel or energy use and carbon emissions – reflecting the increased risk of regulation and pressure from stakeholders to reduce emissions.

But other risks such as customers switching to “greener” alternatives or extreme weather were usually not acknowledged. Strategies for addressing the longer-term effects of climate risks were also rarely considered.

Companies and their climate-risk strategies

The numbers refer to the number of companies that had identified each risk. Adams/Abhayawansa

These limited disclosures show how much needs to change in airlines and hospitality for climate and pandemic risks to be treated appropriately. And when you consider that these firms are among the most threatened, other sectors could well be even worse at risk reporting.

One other difficulty in this area relates to the IFRS Foundation, which issues International Financial Reporting Standards that have to be followed in some 140 countries, including the UK (though not the US). The foundation recently published a proposed Practice Statement on Management Commentary, which relates to how companies should disclose factors that might affect their cashflow and value.

In their management commentaries, companies can incorporate any mandatory requirements about risk reporting such as the ones being proposed in the UK, or choose to follow recommendations like those of the TCFD if they are based in a country with looser rules. Unfortunately, the IFRS proposals are not entirely helpful in encouraging companies to make such disclosures.

The proposals require risks to be disclosed only to the extent that they affect a company’s “enterprise value” and future cash flows from an “investor perspective”. This goes against efforts over the past decade to encourage companies to think about the value they create for society and their impact on the environment – including the European Commission’s Corporate Sustainability Reporting Directive.

The problem is that systemic risks such as climate change are impossible to quantify in monetary terms, particularly in relation to a particular date in the future. Trying to do so is both time-consuming and largely futile. Our research indicates that companies are likely to downplay or ignore risks that cannot readily be translated into financial costs or which may take more than, say, five years to come about.

When identifying risks, companies should also consider their effect on the long-term value of society and the environment - not only enterprise value as the IFRS Foundation proposes. As countries put more requirements in place around companies reporting such risks, they need to make this part of their agenda as well.