To boost vaccine uptake, socio-economic issues must be tackled 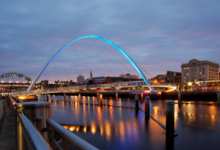 A new Business School study has found that to encourage greater uptake in Covid-19 vaccinations and adherence to self-isolation guidance amongst those reluctant in the North East of England, the Government must do more to address the socio-economic issues that influence people’s thinking.

With analysis by Professor Richard Harris, the study reviewed the results of an online survey conducted in March across the North East by Gateshead Council, which had more than 5,500 responses.

The reasons for the study

The key focuses were to:

The survey asked a range of questions on personal and household characteristics in order to understand the extent to which vaccine hesitancy may be connected.

Key considerations for the Government

The results reveal a number of important findings, and questions for the Government to consider, in order to ensure an effective vaccination together with ‘track-and-trace’ programme, which can bring the virus under control and protect the public.

“Overall, these results show that there are complex socio-economic factors associated with willingness to get a test or self-isolate, and levels of vaccine hesitancy - so much so that, in future, to ensure that (re-)vaccination and ‘track and trace’ programmes are successful, we need to take account of other factors such as ethnicity and location and how these might impact vaccine perspectives, rather than simply adopting vaccination programmes that mostly just rely on age as the criteria for roll-outs. A “one size fits all” approach is, at best, a partial solution to increasing vaccination uptake and, at worst a method which risks amplifying existing social inequalities.” Professor Harris.