Self-confidence and resilience in entrepreneurs 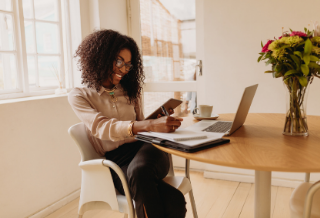 This is according to research by Dr Saadat Saeed alongside colleagues from University of Delaware and DePaul University. Over 1000 individuals from six countries were surveyed to investigate the relationships between individual resilience, entrepreneurial self-efficacy and entrepreneurial intention. This was then compared to a country’s ‘state fragility’.

Respondents to the survey spanned six countries, and each country’s level of fragility was determined by the Fragile States Index (FSI). Of the six, Iraq and Afghanistan were deemed the most fragile states, Tajikstan and Peru had an average score of fragility, and the United States and Finland were judged amongst the most stable in the world.

“Many of the world’s aspiring entrepreneurs face an unstable economic environment with breakdowns in the rule of law, public services, and security, involving refugees, human rights, terrorism, and war. These create huge boundaries for entrepreneurs and to overcome these, entrepreneurs have to be resilient and adaptable. Whereas for entrepreneurs in more stable countries who do not contend with such boundaries, what is more important is having self-assurance in their business abilities.”

What we can learn from the research

Dr Saadat Saeed and colleagues say their findings hold significant implications for global entrepreneurship education and training programmes. Similarly, scholars and individuals in less fragile and more stable areas of the world have a lot to learn from their entrepreneurial counterparts who live and operate businesses where high amounts of adversity and state fragility affect their daily lives.