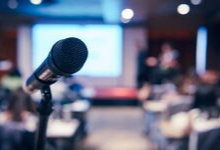 Topic: Bilateralism vs. Multilateralism: The Role of Bargaining Protocol in Networks

As part of the External Economics and Finance Seminar Series.