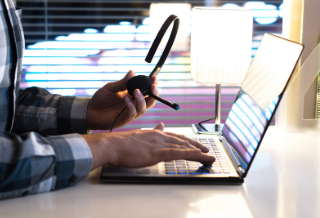 Topic: How to take a company public: the role of investment banks in Initial Public Offerings

The webinar is hosted by the Centre for Banking, Institutions and Development (CBID) at Durham University.

Join us for a discussion with Professor Stephen Withnell, former Managing Director of Goldman Sachs International.

This talk will provide insights into the IPO cycle, from pitch to winning mandate and understanding the role of the investment bank and team members, including the roles most often played by recent graduates and MBAs.

Stephen is an experienced global corporate financial adviser, active across a number of industries in both an executive and a non-executive capacity. He has acted as a Managing Director of Goldman Sachs, joining in 2006 and retiring in 2019, having been Head of Metals & Mining Investment Banking for Europe, the Middle East and Africa. Between 2002–2006, Stephen worked for Citigroup Global Markets in London and Hong Kong. He has advised on over $150bn of strategic reviews, board assignments, mergers and acquisitions, corporate takeovers and equity & debt capital markets transactions. He has recently been appointed as the Honorary Professor in Finance at Durham University.