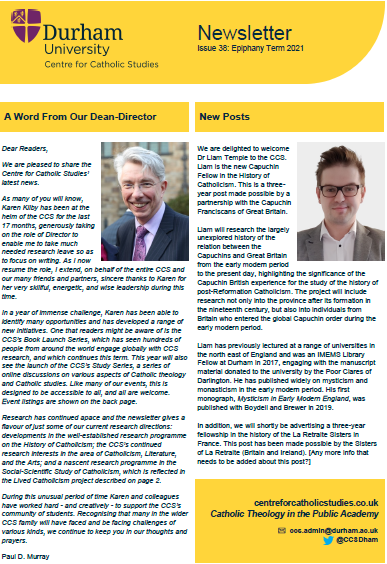 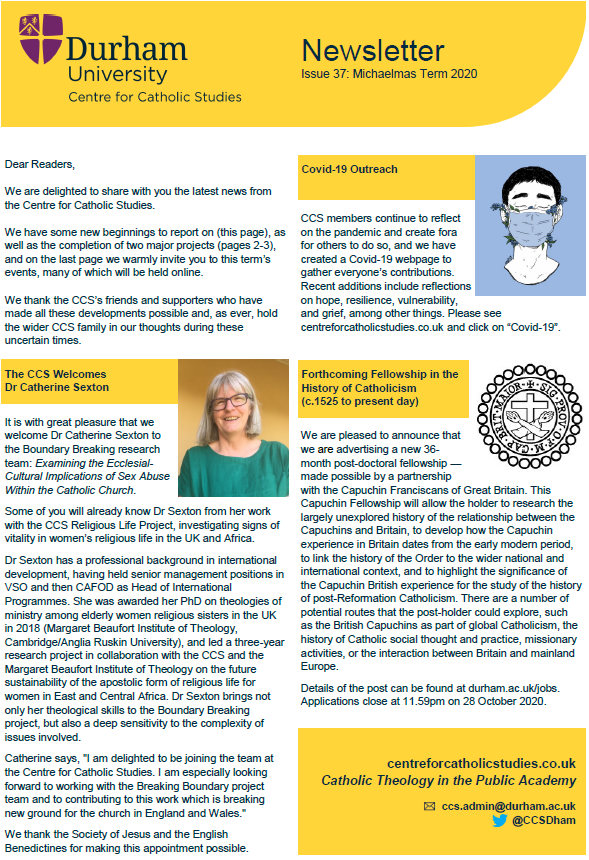 To fully understand the English Catholic martyrs, they must be re-contextualized in the era in which they lived.

This was the message of Professor Michael Questier speaking at Ushaw College on Catholic martyrdom in late Elizabethan England. In his lecture, which was part of the Ushaw lectures series organised by Durham University’s Centre for Catholic Studies in the Department of Theology and Religion, Professor Questier suggested that portraying the martyrs in a white-washed way separated them from the nation’s history of which they are very much a part.

Stressing that he was not in any way questioning the religious character of the martyrs, Questier, who is Professor of History at Queen Mary, University of London, spoke about his current research into the martyrs and the accounts of their deaths that were written in the subsequent years. In front of an audience of over one hundred, he argued that the martyrs were involved in fierce political battles during the closing years of Elizabeth’s reign and that their words, actions and deaths all conveyed careful messages. He argued that by plugging their story back into the history of the nation, people today could better understand not just the martyrs but also the period, allowing them to question the current popular understanding of Elizabeth’s reign as the unstoppable march of Protestantism.

The lecture was the culmination of a series of special events, intellectual stimulation, spiritual reflection and pilgrimage inspired by the history of Catholicism at Durham and Ushaw, to build partnerships to endow a permanent academic post in this area. Guests were joined by HMEH Fra’ Matthew Festing, Prince and Grand Master of Order of Malta, together with the Right Reverend Séamus Cunningham, Bishop of Hexham and Newcastle and Sr Frances Orchard CJ., among others. Professor Eamon Duffy also led a day of pilgrimage on the Holy Island of Lindisfarne, crucible of early Christianity, and guests visited Palace Green Library and Durham Castle – location of the assizes where the Durham martyrs were tried – before visiting the shrines of St Cuthbert and St Bede the Venerable at Durham Cathedral. Events were capped-off with a dinner hosted by Durham University’s Vice-Chancellor, Professor Stuart Corbridge, in the Profs’ Parlour at Ushaw.

This academic year’s Ushaw Lecture Series has been organised with the aim of promoting the archival, library and heritage holdings at the College. The lectures, delivered by expert contributors drawn from within and outside the University, draw on these wide-ranging collections to explore different disciplines and subjects, as well as the history of the English Catholic community from which the College was founded.