The CCS partnered with the Canonesses of the Holy Sepulchre in 2014 to launch a Post-Doctoral Fellowship in Early Modern English Catholicism (1500-1800) to analyse the previously almost unexploited archive of the English Sepulchrines. Dr Hannah Thomas, historian and archivist, held the post for its duration until 2017. October 2017 saw the launch of Dr Thomas's book from the project: The Secret Cemetery: A Guide to the Burial Ground of the English Canonesses of the Holy Sepulchre in the Parishes of Boreham and Springfield, Chelmsford (Gracewing, 2017). It follows the English Sepulchrines from their foundation in exile in Liege in 1642 to their return to England at the end of the eighteenth century and their eventual settling in Essex (England), exploring the community's approach to death and burial during these transitional times.

The Sepulchrines generously funded a second fellowship starting in January 2020. Dr Cormac Begadon is investigating the interaction of the Sepulchrines with Enlightenment thought, c.1750–1820. His research is examining the canonesses as Englishwomen at the heart of the European Enlightenment, in the shadow of revolutionary thought and events, illustrating how they functioned as agents of change in the reciprocal transfer of ideas between Europe and England through their work as educators, whilst also examining the ways in which their own community was affected and shaped by contemporary religious, philosophical and political movements. 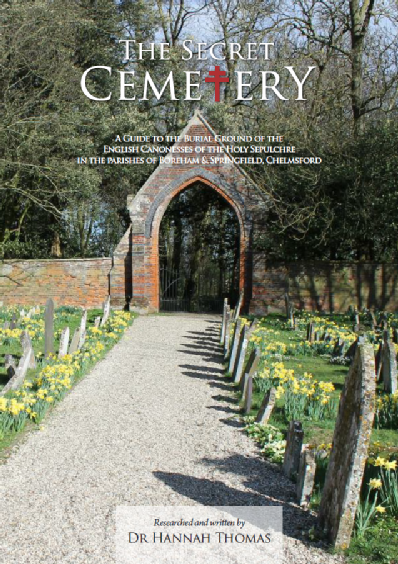