April 2018 saw Ushaw College, St Cuthbert's Society of Ushaw, and the Centre for Catholic Studies present a conference marking the 450th anniversary of the founding of the English College at Douai. Held at Ushaw College, the modern-day successor of the institution at Douai, 15 invited international speakers spoke on the topic of ‘450 Years Pioneering Catholic Education: Past, Present, Future’. Those speaking included leading historians and theologians, as well as the President of the Pontifical Council for Culture.

The conference placed the college’s achievements from its founding in 1568 in the wider context, highlighting how the college has adapted to the changing world in which it has operated, pioneering innovative ways of formation and Catholic life. Following the Council of Trent, the English College at Douai was the launchpad for a missionary endeavour on the western fringes of Europe, one mirrored by other nations in the area. As well as being part of the wider European and, indeed, global Church, the college was also a key part of the Catholic exile movement, in which women featured prominently.

Each contributor engaged with different facets of these developments, both during the exile period and after the college’s replanting at Ushaw. Moving chronologically, the conference ended with papers considering the challenges facing the Church and seminaries today and into the future, exploring ways in which the pioneering spirit of the English College at Douai is again being adapted for the 21st century.

A selection of audio-recordings from the conference is shown below.

Universities as Places of Encounter Between Faith and Culture: A Public Conversation with His Eminence Cardinal Gianfranco Ravasi (President of the Pontifical Council for Culture), Bishop Paul Tighe (Secretary of the Pontifical Council for Culture), Professor Paul Murray and Dr Stefano Cracolici, with a response by Professor Karen Kilby (all at Durham University)
Bishop Dunn Memorial Lecture 2018 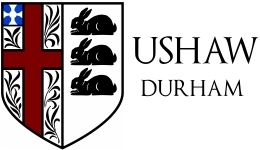 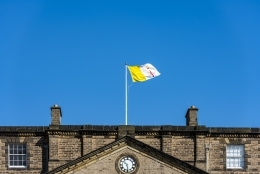 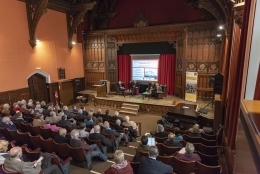 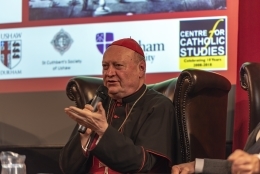 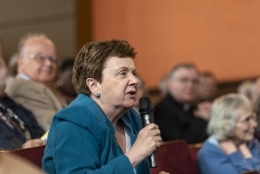 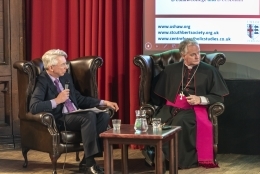 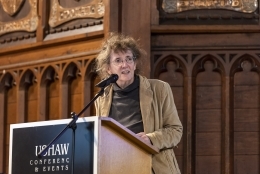 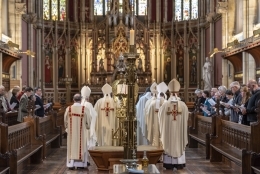