I am in my third year of an Integrated PhD programme, which entails an initial taught year followed by three years of full-time research. I am a grateful recipient of a Catherine McAuley bursary generously provided by the Institute of Our Lady of Mercy, which has afforded me both financial support for my degree and the opportunity to participate in the vibrant life of the CCS community of friends, colleagues, students, and staff. It is a gift to belong to such a diverse and hospitable community and to attend an array of academically and spiritually stimulating events.

Before arriving in Durham, I completed a BA in Christian Theology and Scripture and a MA in Christian Scripture in Seattle, during which I focused on the Old Testament. It was during my initial degrees that I developed a loving curiosity for neglected and under-appreciated biblical texts and the vital role they play as scripture. With the encouragement of a few mentors and professors, I came to Durham to study canon history and the New Testament with Prof Francis Watson.

My current research focuses on the unique role played by the Catholic Epistles of James, Peter, John, and Jude—sometimes disparagingly referred to simply as ‘non-Pauline’ texts—in the formation and form of the New Testament canon. The process of the formation of the Bible was an intentional but not inevitableprocess. That is, the Bible turned out one way but, due to the ways in which this process depended on various historical, theological, material, and other factors, it may have turned out differently, so part of my aim is to discern the distinctive character and intentional role of the Catholic Epistle collection. In order to understand the historical compilation of the collection, I look at third- and fourth-century history, Patristic writers such as Eusebius and Athanasius, and ancient canon lists and manuscripts. With regard to the sevenfold shape of the Catholic collection, I pay special attention to the use of positive and negative narrative exemplars used throughout. I am particularly interested in this distinctive use of narrative characterization, which is used more commonly than textual citation throughout the Catholic Epistles, and how this bolsters their collective contribution to the New Testament canon. Overall, I hope to say something about the phenomenon of canonical collections in general and how the New Testament canon is intentional, but not inevitable.

I am grateful for the Catherine McAuley bursary and the collegial and ecumenical hospitality of the CCS for the gracious financial and academic support I’ve received.

Back to the student scholarships endowment page 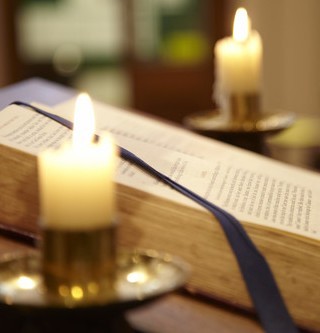 Why not show your support for the future development of the Centre for Catholic Studies by making a donation?