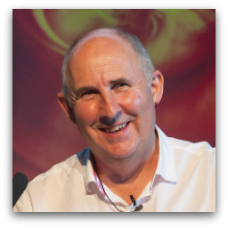 Roy was born and grew up on Tyneside and North Yorkshire and is passionate about the North East. He came to faith when he was training as an Outward Bound instructor in Scotland before going on to prepare for ministry at Lebanon Missionary Bible College, Berwick-upon-Tweed and University College, Cardiff. A creative, missional pioneer he began his church ministry at Portrack Baptist Church on Teesside, before becoming Senior Pastor at Enon Baptist Church in Sunderland. He is one of the founders of the Northumbria Community, where he has been one of its leaders since 1992.

He works ecumenically and has served in various aspects of denominational ministry, is a former President of the Baptist Union of Great Britain and from January 2016 is working part time as the Baptist Union Coordinator for Pioneering in the North of England.

He is a visiting lecturer at several colleges including Spurgeon’s College, London, South Wales Baptist College, Cardiff and the former International Baptist Theological Seminary in Prague. He has worked as a consultant, associate and adviser to individuals, several church, charity and secular organisations, including the Baobab Centre, York, Bible Society, Together in Mission and Torch Trust and is a board member of Renovare and the Journal of Missional Practice.

Roy travels extensively throughout Britain and the rest of Europe, encouraging people to love God and live generously. He has a wide range of interests, including leadership, missiology, new monasticism, Celtic spirituality, post-Christendom culture and serves as a mentor, spiritual director and worship leader.

He is one of the writers and contributors of the Northumbria Community’s very popular daily office, Celtic Daily Prayer and is currently working on a book on missional leadership and, together with Bishop Mark Tanner, (the former Warden of Cranmer Hall), is writing a book on the spiritual disciplines.

Roy is married to Shirley and they have four children and five grandchildren. He lives in the Cheviot Hills of Northumberland and enjoys sailing, tennis, badminton, curling, golf, walking, photography and being with his family and friends. As a loyal and long-suffering Middlesbrough football supporter he has come to appreciate the notion of purgatory!

Roy teaches on the leadership module at Cranmer, the new Free Church Missional Leadership course and as the Baptist Hub tutor he has pioneered and established Cranmer Hall as a college that trains people for Baptist ministry in conjunction with Northern Baptist College, Manchester.

Roy can be contacted at roy.searle@durham.ac.uk