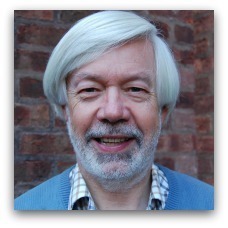 Jamie Harrison is a Fellow of the Royal College of General Practitioners and Research Fellow in Healthcare and Religion at St John's College, Durham University. He was until recently a GP Specialist Adviser to the English Care Quality Commission. Previously he was Deputy Director of the North East Postgraduate School of Primary Care, and a GP Adviser to the Department of Health from 2001 until 2006.

Following his appointment as a Sir William Leech Fellow in Applied Christian Theology (2012-2013) he established the Centre for Healthcare Resourcing at St John's College, where he is also Vice-President of the College Council and Vice-Chair of the Cranmer Committee.

Among many Church roles, Jamie is Chair of the House of Laity of the Church of England's General Synod, which he has been a member of since 1995, and is an appointed member for the Clergy Discipline Commission. He was a member of the 15-person Steering Committee which formulated the legislation to enable women to be ordained bishop (2013-14). He has also served on General Synod committees dealing with safeguarding matters, clergy discipline, and the occupational health of clergy. More locally, he was the Lay Chair of Durham Diocesan Synod (2009-2015), has been a Licensed Reader since 1984, and is a Lay Canon of Durham Cathedral.

He has written widely on vocation, clinical governance, medical careers, the NHS, and the nature of trust. With Professor Tim van Zwanenberg, he received the 2000 Baxter Award of the European Health Management Association (for an outstanding publication contributing to excellence in healthcare management in Europe) for their book Clinical Governance in Primary Care. Other commendations include those from the annual British Medical Journal Book Awards and from the British Association of Medical Managers.

He contributed to the Department of Health Report of the Working Group on Doctors Working in Prisons, 2001, and to Good Medical Practice for Doctors providing Primary Care Services in Prison, 2003. He also participated in the production of Professor Valerie Iles' substantial monograph Why reforming the NHS doesn't work: The importance of understanding how good people offer bad care (2011).

His forthcoming publications include Clergy in a Complex Age: Responses to the Guidelines for the Professional Conduct of the Clergy (with Robert Innes) and Wrestling with the Word: Preaching Tricky Texts (with Kate Bruce) - both for SPCK. He also hopes to write up his Sir William Leech Fellowship Report on the healing ministry as a book in due course (https://www.dur.ac.uk/resources/st-johns.college/VarietyVariabilityandVirtueLeechFellowsReport.pdf)

Redpath L and Harrison J (2000) GP principal recruitment and retention in County Durham: a comparison of joiner-leaver surveys from 1996 and 1998. Education for General Practice, 11, 391-96

Firth-Cozens J with Harrison J How to Survive in Medicine (2010) BMJ/Wiley-Blackwell, Chichester

Harrison J and Innes R (eds) Clergy in a Complex Age: Responses to the Guidelines for the Professional Conduct of the Clergy (forthcoming 2016) SPCK, London