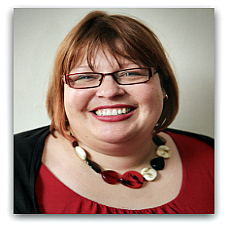 It is with great sadness that College learned of the death of Dr Bex Lewis yesterday. Bex was a member of College staff from 2011 to 2015 as a Research Fellow of our CODEC research centre, leading the way in thinking through Christian communication in the digital environment. She continued as a Visiting Fellow at the College after she moved on from CODEC.

The Principal of St John’s David Wilkinson paid tribute ‘Bex was a pioneer and prophet, opening up the digital environment as a place for study and enrichment for both the academy and the church. Her bubbling energy and imagination coupled with her faith created deep friendships and inspiration for those around her, whether in Durham or on the web throughout the world.’