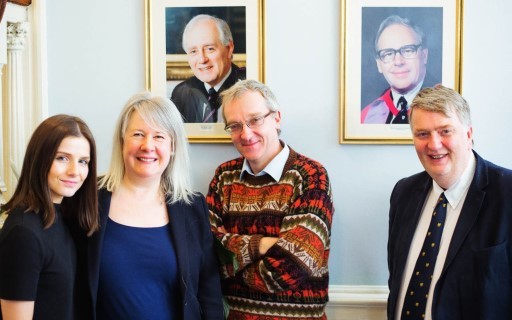 The major new grant, from the Templeton Religion Trust, will fund a new, expanded three-year phase of the successful Equipping Christian Leaders in an Age of Science (ECLAS) project led by the Principal, Rev Professor David Wilkinson.

The work will have five areas of focus:

The Principal comments: “Receiving this grant is wonderful news. Science is all around us and influences so much of how we think and act as a society, whether we consider ourselves scientific or not. It’s crucial that Christians engage with the latest scientific developments and ideas, so that we as churches understand how society is thinking and changing, and indeed we can understand more of God. Such an award to St John’s shows our international standing as part of Durham University”

Justin Welby, the Archbishop of Canterbury, who studied at St John’s College, Durham University, said: “I am delighted that this project is continuing to build on its considerable achievement in promoting the significance of healthy and informed engagement with science to church leaders of all levels, together with resourcing them in this increasingly demanding and important task.

“This new stage of the project with its combination of research and provision of resources will further deepen church-wide understanding of the challenges science and technology pose for society, and continue to contribute to the mission, ministry and theological reflection of senior church leaders as they respond.”

The project will also involve Professor Tom McLeish and colleagues at the University of York, and partnerships with the Dialogue on Science, Ethics and Religion (DoSER) programme of the American Association for the Advancement of Science and the Mission and Public Affairs Division of the Church of England. Revd Dr Kathryn Pritchard will continue to be a key part of MPA and its work.

Following a two-year pilot project funded by the John Templeton Foundation, ECLAS was launched in 2015 with funding from the Templeton World Charity Foundation.

Its successes to date include: