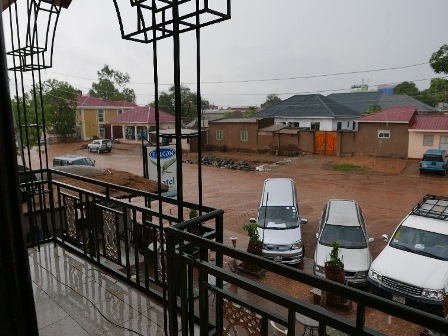 Juba, South Sudan; Friday 8 July, 5.25 pm. I am sitting in a small hotel1 room, with my back to the wall. On the road outside people are running. There is gunfire on two sides of the building, single shots at first, rising in intensity to automatic fire, then heavy machine guns. I make a note in my journal; I think the lid is coming off.

The previous evening, at a dinner in honour of a visiting group of Ethiopian doctors, I had asked the Undersecretary of Health if he was satisfied at how things were going. I meant postgraduate medical education. Preoccupied with the security situation, he replied, “Not really,” and turned back to his phone. He wasn’t the only person checking his mobile. There was talk of shooting on the other side of town. The dinner ended early, and we drove home taking the backroads, to avoid roadblocks. Our headlights picked out a jerky montage of people, shanties, bars and shops. We were stopped once: talk, flashlights in our eyes, more talk, then we drove on. Later, a colleague rang to ask if I had got home safely. “Keep your phone open,” he said.

5.41. There is an explosion, then four rapid shots from a hand gun. People have vacated the hotel’s roadside café, and found refuge in our small courtyard. I go down to join them, and find a number of friends amongst the crowd, including four of my own College staff - abandoned by my driver when the shooting started. We sit together in a small group. 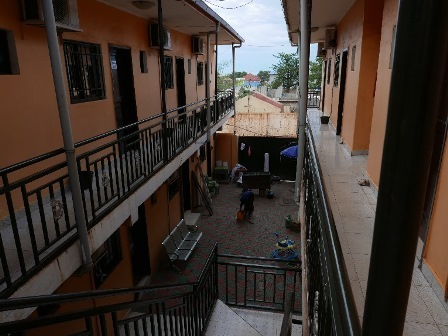 Suddenly everybody runs. I don’t see the cause, but I am out of my seat and running too. I collide with someone, we untangle ourselves, and I take shelter behind the concrete stairway. It’s ok, though. An armed man had entered the courtyard, but he is gone. My staff emerge from the storeroom at the back of the courtyard, and we troop up the stairs to my room: two on the bed, one in the chair, two lying on the floor. I switch on the TV; CNN is telling the world about a shooting in Dallas. On the local station we are told that the military are in control, to stay calm, and not to run about or cross the road.

At 6.33 we move back down to the courtyard. A strong military patrol passes. I am asked if I will run away to Britain. I say “No.” “Good,” comes the reply. Our two waitresses stand together, looking worried. I ask if they are ok, “Ita quais? Tamam?” They are not ok. At 7.30 someone calls out “Open the bar and serve some drinks,” and so the waitresses set up tables, the doors to the road are secured, and we settle down. It is dark. Three men leave the hotel, carrying weapons and a bag of grenades. The guy next to me leans over and comments on my book, “Ah, Plato’s Symposium,” he says. I offer him the book, and he tells me that he studied philosophy at Nairobi University. I find the manager and book my staff into the hotel for the night.

The following morning, Juba makes the BBC news, and I text home, just in case they’ve heard the report. Then I prepare for a hasty exit by packing a small bag with rations and first aid. I distribute cash between the bag and my person, keep hold of my passport, and finally save all the College documents onto a memory stick and put it in the bag. Everything else can be left. But it proves to be a slow day. We sit in the café and watch, as troops patrol the streets. One of my staff recognises some soldiers and arranges a lift home. It is quiet. Not over, though. My phone rings, and I am advised to sleep on the floor.

Sunday is overcast. There are infrequent, heavy explosions, sensed rather than heard. The hotel has no bread and no bottled water. Tap water is sporadic, so I take my chance to fill a bottle and add a purification tablet. Later, a delivery of bottled water arrives. I’m told that tanks have left the barracks. Someone calls to check that I’m ok. I receive a text telling me to stay indoors. A friend telephones with the same advice, adding that, if I can get to the British Embassy, I should leave. I spend the day sitting in the café.

On the road, groups of women are migrating through the town, babies on their backs, possessions balanced on their heads or carried by hand, with their older children tagging along. I phone the staff member who left with the soldiers. She says that there is fighting all around her home, and that she is lying under the bed with her niece. She stays under the bed for two days. 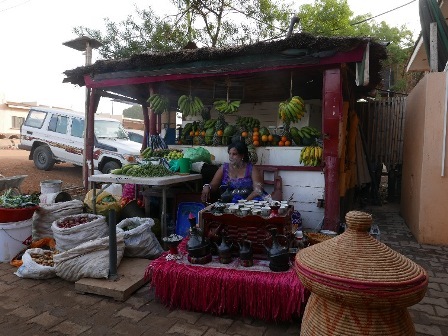 The woman who sells fruit at the top end of the café has finished feeding her baby. She calls me over and offers me coffee, Ethiopian style, with ginger. It’s good: hot, strong and sweet. She wants to reassure me, “You are home,” she says, “All is good in the world. If something happens, it happens in your home.”

A colleague rings to tell me that it will get worse. Two helicopter gunships fly low overhead. We can hear the thump and rumble of heavy explosions. There is fighting at Jebel, at Gudele, at the airport, and at the UN compound. By mid-afternoon the hotel manager wants everyone to move into the courtyard. He is from Ethiopia. “Listen,” someone says to him, “If you are afraid, phone your government, get your helicopter, and go.” As tables become vacant, he carries them away. By early evening the courtyard is sheltering a large group of young men and women, with two babies, as well as the usual crowd. There is an explosion nearby. No one pays it any attention. The last explosion of the day is the loudest of all, but this time it is thunder, followed by the deafening sound of torrential rain on corrugated iron. No one could fight in this. I think it must be over. Glorious rain.

I was wrong. Next morning, the occasional shelling increases to a barrage. There is intense fire towards Jebel, heavy canon fire, huge explosions. Gunships pass overhead. Then something closer. We move indoors. Nearby, there is a crackle of small arms preceded by explosions. I’m told an evacuation is being organised for EU citizens. Someone asks if I wish I was home. I tell him no, Juba is fine.

I call a colleague and am told that the hospital is unbearable. The mortuary, next to our College, is strewn with bodies. It is now late afternoon, and there is more small arms fire nearby. I’m spotted, sitting alone, “Rich, you ok?” They call me over and buy me a beer.

There seem to be more street patrols. Soldiers are pausing at the café, smiling, shaking hands, greeting people. After dark, red signal flares cut up into the night sky. No one knows what it means, and once more people begin to move into the shelter of the courtyard. The flares increase, until the whole sky is criss-crossed with red light. The flares are followed by small arms fire, punctuated by heavier calibre guns, rising to a crescendo that seems to fill the town. The café clears, but I remain outside. A waitress hovers by the courtyard entrance, then raises her arms and cheers.

The British Embassy organised an evacuation for the following Thursday. By then I had food poisoning, and hadn’t eaten for three days. I flew out of Juba six days after the fighting began, accompanied by a feeling that I should have stayed, and a fair measure of uncertainty about the future.

Here in the UK, South Sudan provides only an occasional news item, usually when there is a horror-of-war to be reported. Conflict, death, and all the accompanying miseries are real, but I do not think that they are ‘the thing itself’. There is something bigger and more hopeful: people going about their daily lives. This is where peace lies; here, and in the institutions that people build to make their lives better. The College of Physicians and Surgeons of South Sudan is one of these institutions, and that is why it is important.

We have come a long way, despite the challenges. In the week before the fighting, the College had been busy, with dozens of young doctors sitting exams. I had been planning a visit from the President of the College of Surgeons of East, Central, and Southern Africa, and discussing visits from the Royal College of Pathologists, and the College of Pathologists of East, Central, and Southern Africa. I had agreed a budget with the UNFPA for our Clinical Associates training programme. The College operational budget had transferred into our bank account; and I was negotiating a salaries budget for the year ahead. On this basis we had a real prospect of significant progress in 2017, and I was able to look further ahead and complete our outline development plan until 2020. This has now stalled.

To succeed, we must persist. What we need, to continue, is confidence that stability has been re-established in Juba; and funding for the necessary international support, including my own costs, and those of our UK network. What I am confident of, is the commitment of all parties, in Juba, and in the UK.

Dean of the College of Physicians and Surgeons of South Sudan.

1I should make clear that mine was a $15 a night, African hotel, situated well away from the central, more secure area that is bounded by the airport, the Ministries, and Juba Teaching Hospital. Visitors to the College are accommodated in international hotels located within this area.