Browse this section to discover publications by staff, students and alumni of St John's College. 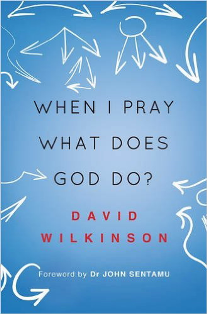 When I Pray, What Does God Do?

What happens when we pray? Does God always answer? Why does it sometimes feel like he doesn’t? Scientific developments and daily encounters with the pain of unanswered prayer can leave us wondering what to make of the whole topic. St John’s College principal David Wilkinson, who is both a scientist and a theologian, explores these thorny issues, sharing his insights and struggles as he engages with scientific questions, biblical examples, and his own, sometimes painful, experiences of answered and unanswered prayer. 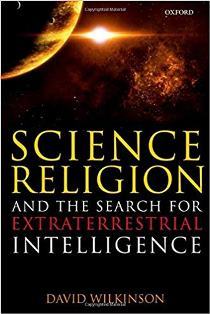 Science, Religion and the Search for Extra-Terrestrial Intelligence

Published by Oxford University Press, 2013
If the discovery of life elsewhere in the universe is just around the corner, what would be the consequences for religion? Would it represent another major conflict between science and religion, even leading to the death of faith? Some would suggest that the discovery of any suggestion of extraterrestrial life would have a greater impact than even the Copernican and Darwinian revolutions.
It is now over 50 years since the first modern scientific papers were published on the search for extraterrestrial intelligence (SETI). Yet the religious implications of this search and possible discovery have never been systematically addressed in the scientific or theological arena. SETI is now entering its most important era of scientific development. New observation techniques are leading to the discovery of extra-solar planets daily, and the Kepler mission has already collected over 1000 planetary candidates. This deluge of data is transforming the scientific and popular view of the existence of extraterrestrial intelligence. Earth-like planets outside of our solar system can now be identified and searched for signs of life.
Now is a crucial time to assess the scientific and theological questions behind this search. This book sets out the scientific arguments undergirding SETI, with particular attention to the uncertainties in arguments and the strength of the data already assembled. It assesses not only the discovery of planets but other areas such as the Fermi paradox, the origin and evolution of intelligent life, and current SETI strategies. In all of this it reflects on how these questions are shaped by history and pop culture and their relationship with religion, especially Christian theology. It is argued that theologians need to take seriously SETI and to examine some central doctrines such as creation, incarnation, revelation, and salvation in the light of the possibility of extraterrestrial life. 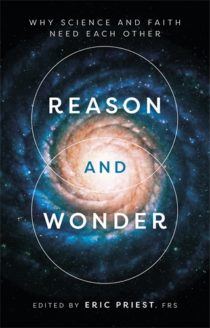 Reason And Wonder: Why science and faith need each other

The book features articles written by Revd Professor David Wilkinson: The Origin and End of the Universe – a Challenge for Christianity?, Bishop Tom Wright: Can a Scientist Trust the New Testament? and Professor Keith Ward: God, Science and the New Atheism.

Written for general readers of all religious backgrounds, Reason and Wonder introduces some of the most fruitful discussions now taking place between leading thinkers in science and theology. As Professor Priest writes in his Preface: ‘In this integrated approach, the notion of science as a monolithic concept is shattered. Instead, the sciences and humanities represent a rainbow tapestry, linked by a common search for understanding, using reason and imagination.’

This fascinating book includes accounts of key points of convergence in areas such as astrophysics, biology, mathematics, neuroscience and psychology, and ends with a stimulating set of questions for group discussion or personal reflection.

Purchase the book at SPCK 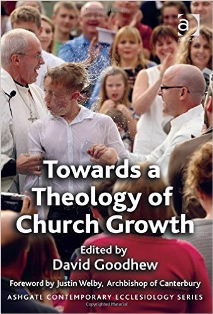 Towards a Theology of Church Growth

Published by Ashgate in its Contemporary Ecclesiology Series, 2015

There has been substantial church growth in Britain between 1980 and 2010. This is the controversial conclusion from the international team of scholars gathered together by David Goodhew, leader of Cranmer’s Centre for Church Growth Research. They draw on interdisciplinary studies and the latest research from across the UK. Such church growth is seen to be on a large scale, is multi-ethnic and can be found across a wide range of social and geographical contexts. It is happening inside mainline denominations but especially in specific regions such as London, in newer churches and amongst ethnic minorities. Church Growth in Britain provides a forceful critique of the notion of secularisation which dominates much of academia and the media - and which conditions the thinking of many churches and church leaders. This book demonstrates that, whilst decline is happening in some parts of the church, this needs to be balanced by recognition of the vitality of large swathes of the Christian church in Britain. Rebalancing the debate in this way requires wholesale change in our understanding of contemporary British Christianity. This book was edited by Rev Dr David Goodhew. 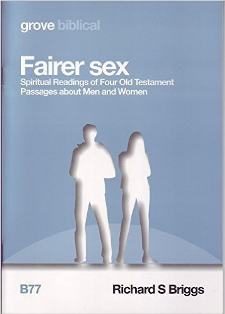 The church is often accused of being obsessed with sex—and contemporary discussion is often contentious and has a very narrow focus. But Scripture has a lot more to say about sex, love and gender relations. In this fascinating and engaging study, developed out of talks and sermons given at Cranmer Hall, Cranmer’s Old Testament lecturer Richard Briggs offers a spiritual reading of some well-known episodes in the Old Testament that have surprising and striking relevance to the wider questions we face today.

This is one of several Grove Booklets that have been written by Cranmer staff: short, engaging contributions that are, in the words of the Grove website, ‘not the last word but often the first word’. 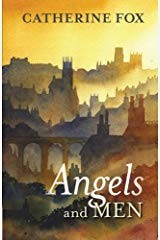 Catherine Fox was educated at Durham and London Universities and has a degree in English and a PhD in Theology. She is the author of adult novels such as Angels and Men,The Benefits of Passion, Love for the Lost and Unseen Things Above, which explore the themes of the spiritual and the physical with insight and humour. Angels and Men is notably set in a remarkably familiar college in a great northern cathedral city.In 2007, Yellow Jersey Press published Fight the Good Fight: From Vicar's Wife to Killing Machine in which Catherine relates her quest to achieve a black belt in Judo. Her first teen fantasy novel, WolfTide, came out in 2013. She teaches Creative Writing at Manchester Metropolitan University and lives in Liverpool, where her husband is dean of the cathedral.