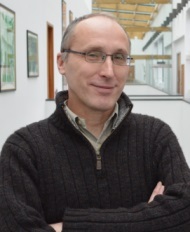 Christopher Riley graduated from Hull University in 1982 . He qualified as a solicitor in 1985 and worked for two years in private practice before returning to Hull as a lecturer. He moved to Newcastle Law School in 1997, and joined Durham Law Department as a reader in 2002.

He has taught a variety of subjects in the broad area of commercial law, including company law, contract law, law and economics, tax law and corporate governance. He has been a visiting teacher at Hong Kong University, Singapore Institute of Management and the Catholic University of Portugal.

His main research interests are in company law and corporate governance. He has recently completed a survey, funded by the British Academy, on the governance of chartered corporations, and has contributed towards an annotated guide to the Companies Act 2006. His most recent research is on the governance of not-for-profit companies. His work has examined the suitability of the legal forms available for not-for-profit organisations, including the new ‘Community Interest Company’, as well as some of the competing theories about the role played by such organisations. The research will culminate in a monograph which he is co-authoring.