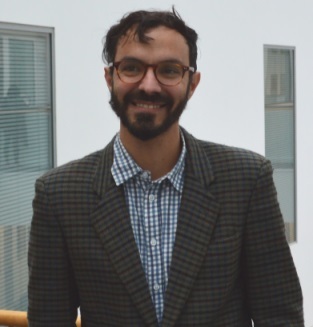 Nicolás M. Perrone joined Durham Law School as Lecturer in Law in September 2016. He is a native of Argentina and Italy. Nicolás holds an LLM and a PhD from the London School of Economics and Political Science (LSE), and degrees from the University of Buenos Aires and the Latin American Social Sciences Institute. Nicolás works in the field of international economic law, specialising in foreign investment law and policy. He has worked and consulted for the Argentine and Ecuadorian governments, UNCTAD and the OECD.

Nicolás is a junior faculty member of the Institute for Global Law and Policy based at Harvard Law School, where he has convened writing workshops and taught in the International Economic Law and Regulation Stream. He is also a Visiting Faculty Member of the International University College of Turin, a Visiting Professor at Externado University (Colombia), and a Fellow of the Centre for Interdisciplinary Studies on Industrial and Economic Law at the University of Buenos Aires.

Nicolás has been awarded several grants and scholarships. In 2015, he received a Juan Celaya Grant from the International Institute for the Sociology of Law to examine the narratives of justification and balancing in UNCTAD World Investment Reports (1991-2015). In 2014, he was awarded an IGLP Doha-Santander Grant to conduct a comparative study of oil and gas contracts in Colombia and Qatar. Nicolás pursued his LLM and PhD at the London School of Economics and Political Science thanks to a PhD Award from the LSE and a British Chevening Scholarship from the Foreign and Commonwealth Office.