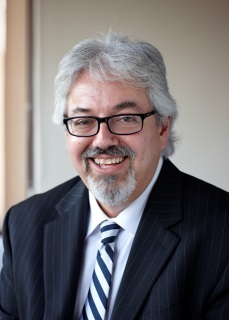 Professor Linarelli has served in various capacities for the World Bank, the Asian Development Bank, the Inter-American Development Bank, UNCITRAL, and other intergovernmental organizations. Professor Linarelli brings substantial Washington DC law firm practice experience to Durham, having spent a good part of his career at several major Washington DC law firms. He is a member of the District of Columbia Bar and the Bar of the US Supreme Court. He is a member of Maryland and Virginia Bars (inactive or associate status).

Professor Linarelli’s research is interdisciplinary in law, philosophy, and the behavioural and cognitive sciences. He has authored over sixty publications.

Professor Linarelli is a leading global voice in bringing theories of global justice in contact with international economic law. His recent work includes his co-authored book, with M Sornarajah (NUS) and Margot Salomon (LSE), published by with Oxford University Press in 2018, The Misery of International Law: Confrontations with Injustice in the Global Economy. Reviews of the book:

By resisting the artificial division between the political and the economic in the international legal order and insisting on an holistic analysis that faces up to international law's long engagement with the projects of Western capitalism this excellent book breaks new ground in critical international law scholarship. Essential reading for scholars of international law and for everyone else who wants to understand the size and nature of the slippage between law and justice in the global order. (Fiona Macmillan, Professor of Law, Birkbeck, University of London)

The Misery of International Law is a work for the ages. Aptly titled, this uniquely insightful and tremendously well researched book is the quintessential work of the intellect...They deftly, and convincingly, take down the fictions and contradictions of a scandalous international legal order. They show not only the inability of human rights to effectively confront economic powerlessness, but how instead it buttresses the same injustices. Their scholarship stands in the rarefied pantheon of the most illuminating international legal scholarship I have read to date. It complements the school of thought known as TWAIL, or Third World Approaches to International Law. I am confident that The Misery of International Law will become a standard by which critical international legal scholarship will be measured. (Makau Mutua, SUNY Distinguished Professor, SUNY Buffalo Law School, The State University of New York)

A thoughtful, passionate and deeply engaging book that successfully unites radical and liberal critiques of international law into a powerful and unified call for economic justice. The authors pull no punches and deliver a sharply critical yet ultimately constructive account of international economic law, while embodying the kind of pluralist approach essential in any 21st century treatment of global justice. Linarelli, Salomon and Sornarajah help us understand just how far we have yet to go towards basic economic fairness on a global scale, and international laws complicity in this state of affairs. The authors paint a challenging and sobering picture, but if we are serious about working towards a better world, this is where we must begin. A necessary and welcome book. (Frank J. Garcia, Professor and Deans Global Fund Scholar, Boston College Law School)

A searching critique of the 'moral disorder of international economic law' is here reinforced by the 'pathologies' of international law as whole, display versatile forms of highly 'duplicitous normative forces' at work. A more sustained philosophical and pragmatic critique of global capital is hard to come by; this work needs to be read by all to understand what alternatives look like, particularly in the advancing Anthropocene. (Upendra Baxi, Emeritus Professor of Law, University of Warwick and Distinguished Professor of Law, NLUD, Delhi)

Professor Linarelli’s work in commercial and financial law is comparative, transnational, and interdisciplinary. He is Editor of the book series, Hart Studies in Commercial and Financial Law, published by Hart Publishing. In 2017 he co-convened the Society of Legal Scholars (SLS) Seminar, The Future of Commercial Law: Ways Forward for Global Reform, which will result in a book to be published by Hart in the series. His work in transnational commercial law has been praised as offering the ‘first serious philosophical analysis of commercial law’.

Professor Linarelli is a globally recognised expert on public procurement law. He is a co-author of Regulating Public Procurement: National and International Perspectives (Kluwer 2000) with Sue Arrowsmith (Nottingham) and Don Wallace Jr (Georgetown), one the first works in the field with an international and comparative focus and one of the most widely cited in the field. He is a General Editor for the Public Procurement Law Review.

Professor Linarelli has given over forty papers and talks globally, including in the United States, China, India, and Europe. His recent keynotes include ‘Inequality and Financial Markets’, for the Centre for the Study of European Contract Law Conference, ‘European Private Law at the Time of Growing Inequality’, at the University of Amsterdam on 30 September 2016. He served on the plenary panel for the 21st Annual Common Core of European Private Law conference, ‘Property and Inequality in the 21st Century’, held on 12-13 June 2015 at University of Gothenburg, Sweden. The notes for his talk ‘Property and Inequality: Two Paradigms’ can be found at https://www.researchgate.net/publication/280565636_Property_and_Inequality_Two_Paradigms.

He is among the 10% of most downloaded authors on Social Science Research Network.